After all that excitement, I thought I'd finish off a miniature that I've had lying around for ages. It's a conversion based on the legs of a Warhammer grave guard, the arms and torso of an Empire captain, and the head from a Skitarri ranger. I added some bits from a plastic 15mm tank to represent some sort of filtration system on the model's back. 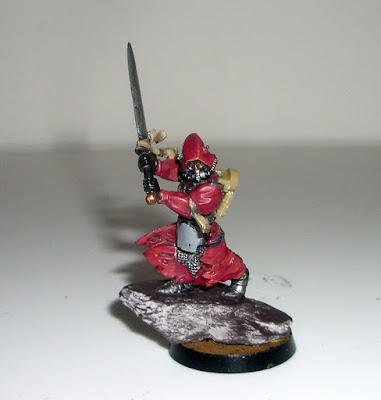 And now for a bit more paint. 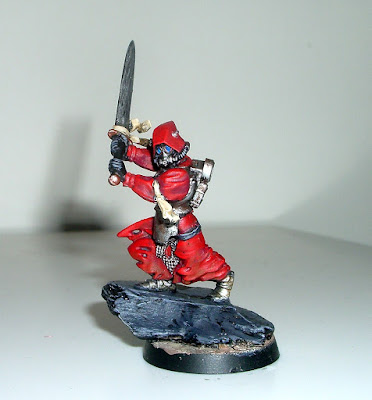 This lone swordsman wanders the wasteland, offering his services to the locals. He never removes his gloves or helmet, and there is much debate as to his true nature. He has no use for money, accepting payment only in two litres of water a day.
Posted by Toby at 11:41