About a year ago, I got hold of a box of Warhammer 40,000 objective markers. They're all really good, although it would be a pretty amazing battle that involved a doomsday device, a vending machine and a pickled genestealer head all at once. Anyway, I saw the crashed escape pod and thought that I could do something fun with that.

"The street finds new uses for things", as someone once observed in a William Gibson cyberpunk novel I once read. I'm not sure they meant turning an escape pod into a rickshaw, but what the heck. An actual rickshaw tends to be pulled by a person, but this is the future, so we'll have a robot. 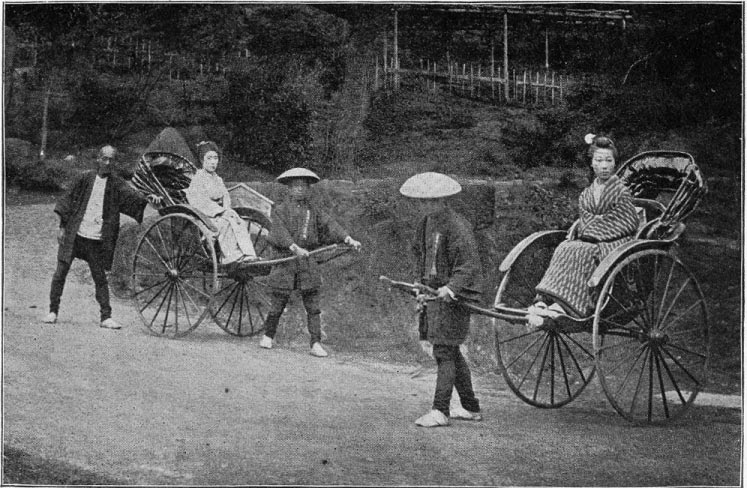 I used some old resin robot legs I got from Ramshackle games ages ago, and built up a body with plasticard. The head was from a Warlord Ghar model. Extra detailing came from some bits of 20mm tank (thanks James!). 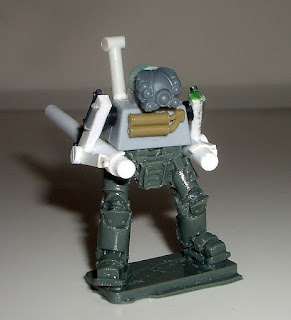 The body of the rickshaw was simply the escape pod plus a couple of wheels from an old cart kit. A few Empire spear pieces and a plasticard roof finished it off. 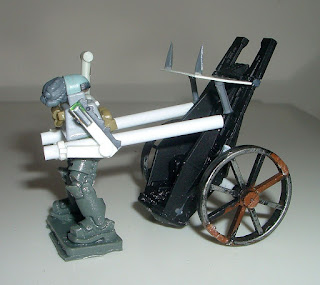 All he needs now is some paint!