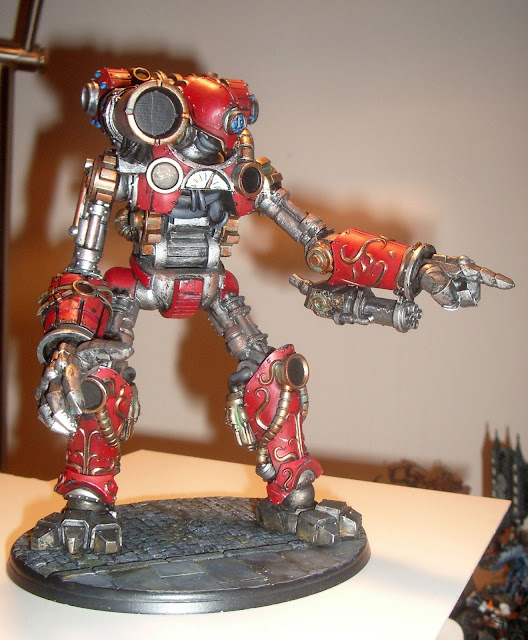 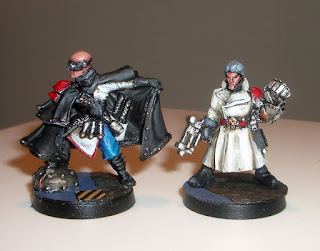 It's always difficult doing much at Christmastime. Even if you're not seeing friends and relatives, you end up too full of booze and ham to do much except flop about like an elephant seal. But I have been able to do some work on the huge Wolsung robot. In fact, he looks rather festive, given the red and brass colour scheme I went for. 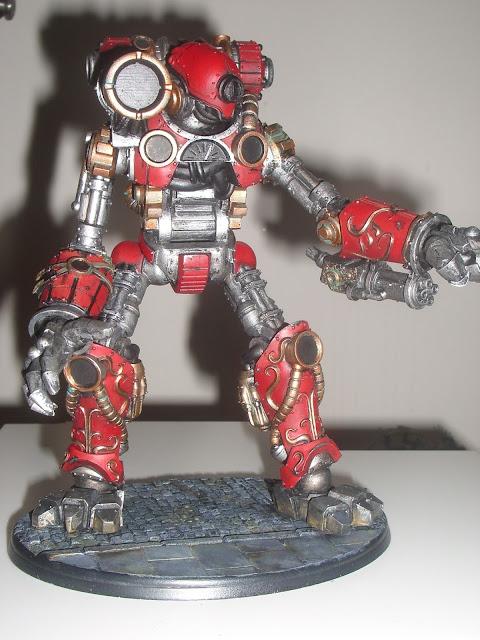 Obviously, there's quite a lot of work still to do. I like the model a lot: it's not over-detailed but there's plenty there if you want it. On the metals, I used washes of black, dark grey, brown and strongtone. The red is just successive thin coats over a black undercoat. It's difficult to know what else to do. Anyway, there's a lot of additional weathering and detail to add.

These are two small conversions. They'll be joining the gang of scientists for Necromunda. The guy on the left was an old 40k commissar model, which came missing a few bits in a job lot of damaged imperial guard. I hadn't realised how small these models were! I filed down his huge feet, gave him a new head from a dark eldar, and a pistol made from a Mantic ork's gun. His smallness will help him look like a new entrant to the gang. 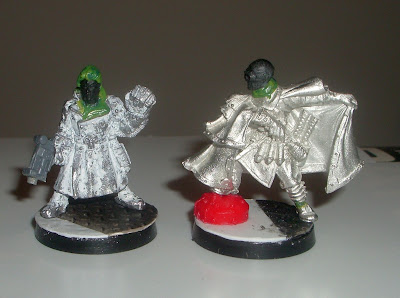 The chap on the right is a Privateer Press model called Gorman DeWolfe. He was originally wearing a huge hat and a gasmask, so I removed his head (just in case I make the Zone Tripper from Hardware!). His left ankle was cut and repositioned to give him a more heroic pose. With a new head from the Genestealer hybrids, he looks like a 1940s superhero about to fight crime with Science.

The Privateer model cost me £5 in a model shop. This is one aspect of miniature painting that I really miss: the sense that you could go into the local shop, spend a few quid and come out with a single character or a few models that would be fun to make and paint. I've seen some amazing conversions over the past year, but the majority have used models from GW boxed sets of 10 or more troops. This is a bit costly unless you want to make 10 models or are willing to pool bits with friends. That said, the quality of GW plastics - and the plastics of some other companies - is so high now that it seems churlish to complain.

Oh, and how does the new blog colour look? For some reason, all the models seem slightly better painted to me now the background is no longer orange. Anyhow, Happy New Year! 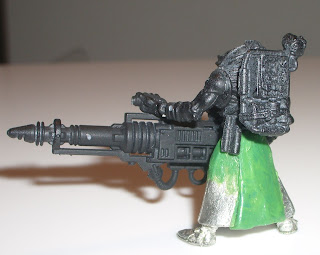 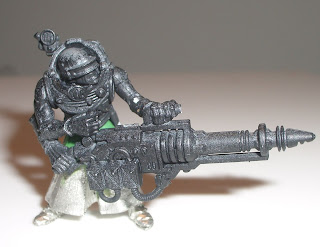 So, at long last, here is the Magus (Magos? I can never remember) in all his disreputable glory, delivering a speech to his minions or threatening to sue someone for describing his entirely legitimate religion as a dodgy cult.

I found that the banner top kept snapping off, so I rigged up some pipes to run from a cannister on his waist to the top of the banner, in order to hold it in place. It's a bit crude, to be honest, but it will do and isn't too obvious. Unfortunate, but necessary.

I'm pleased with his face, which was worked up from a mixture of dark flesh and grey, with lighter flesh and bone colour added to the mix. It received several washes of thinned-down purple and strongtone around the eyes. 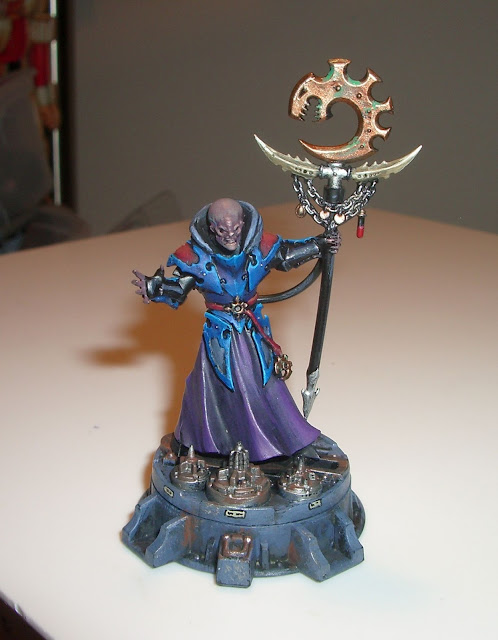 It could do with a bit of tidying up - I'm not convinced by the verdigris - but overall I think this has come out really well. Now we have both a magus and a patriarch! All I need now are about 10 tanks and 500 cultists and I've got a 40k army!
Posted by Toby at 12:07 No comments:

So I went away to paint some genestealers. And it worked!

I decided to make a scenic base for my magus conversion, so that he could tower over his minions as he delivers some kind of ranting speech to them. I found an old communications array from a 40k building, and used the base of it to make this: 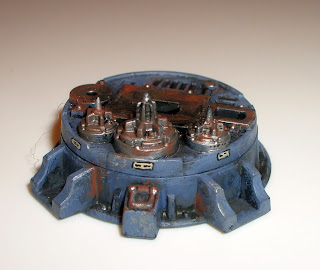 I imagine that the three little prongs sticking up are models of the hive cities that the magus has conquered, so he will be literally looming over them when he is finished. I think it will be quite a cool base for him.

And here is the start of the magus. I'm posting him here because his robe is some of the best painting I've done in years, perhaps ever. Which might well say a lot about the quality of my work. 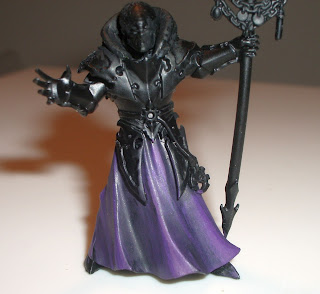 Let's hope I don't balls up the rest of him. 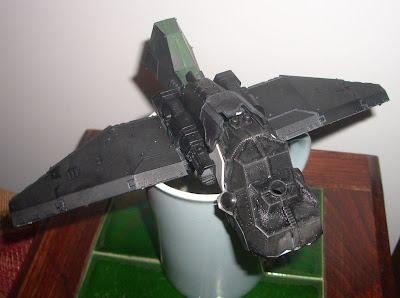 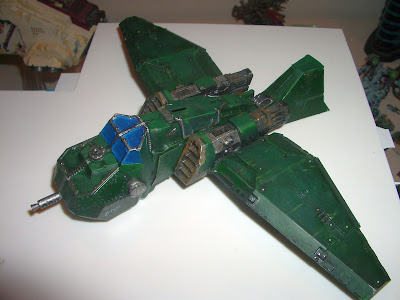 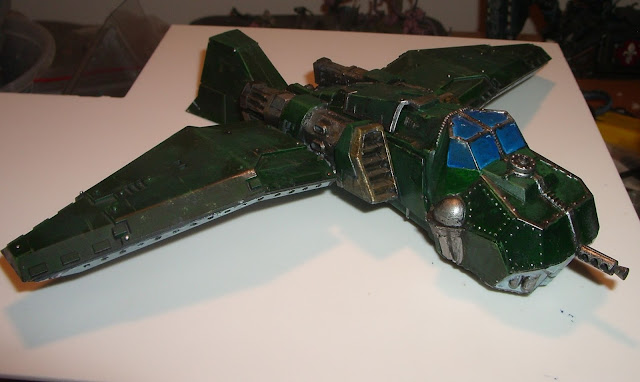 The answer is probably to make more genestealers.
Posted by Toby at 13:50 3 comments: