I actually painted this a while ago, but I completely forgot and finished it off (nearly) today. It's a Penitent Engine, a sort of mech suit into which a crazed zealot is wired and sent off to bash and burn the unworthy. Since the 40k world is awash with violent idiots, there are quite a few of these things knocking around in the armies of the Sisters of Battle.

I decided to remove the pilot, as I wanted my own Sisters army to concentrate on armour and gothic architecture, rather than the various bag-headed space flagellants (and I don't much like the model of either pilot). I replaced it with a bit from some kind of Age of Sigmar chaplain-type person, who seemed to be holding up a skeleton as a religious relic. I imagine that the penitent engine is powered by the spirit of the minor saint whose skeleton it is. I've missed a couple of details, but it's pretty much finished. 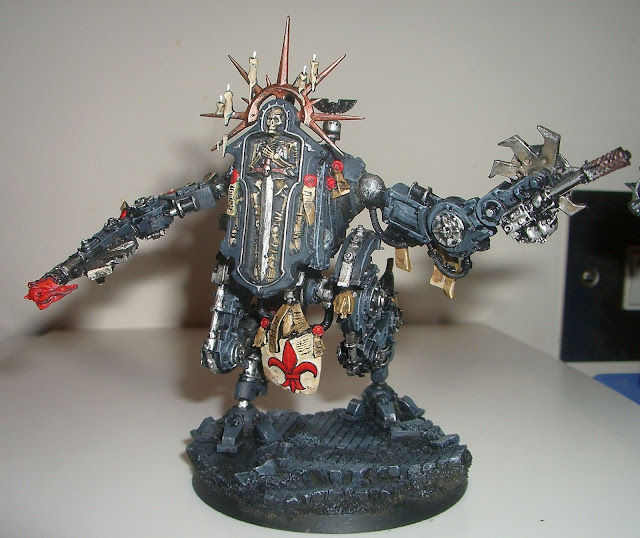 Given that this is a lead miniature that comes in about a dozen pieces, I think it's pretty decent. One day, when world peace has been declared and the planet lives as one, there may even be a plastic variant. Until then, this chunky lump of metal will have to do. And maybe by then I'll have finished off all the bits I seem to have missed on it. 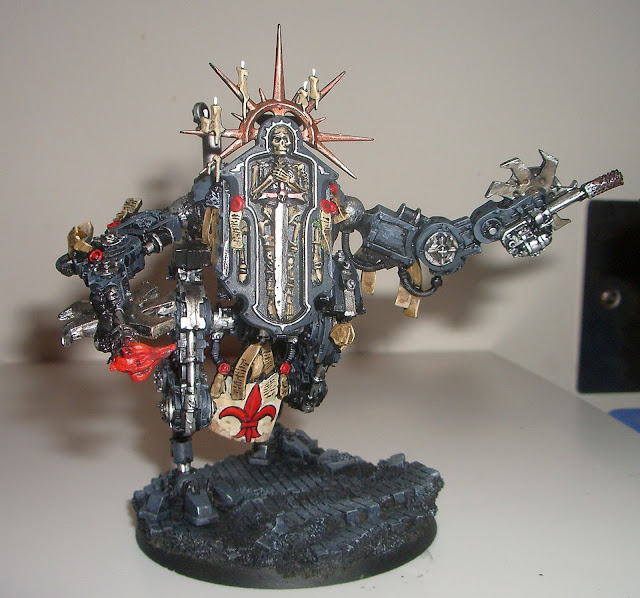