The 17th Century philosopher Thomas Hobbes once described the life of man as "nasty, brutish and short". He wasn't writing the Skaven Codex, surprisingly, but he might as well have been. The skaven are one of Games Workshop's best original ideas and, being vicious rat-men, fit well into the run-down, Grimms' Tales feel of Mordheim. I'm less keen on the bigger skaven, but in a skirmish game, they make a lot of sense.

I made some skaven years ago, when I was playing Mordheim against a friend. They got wiped out very quickly, but I dug out the models this week and gave them another go. They are plastic gutter runners, and have a slightly goofy villainy that I like. The assassin/ninja style of the models fits the setting well.

I changed the bases from small square ones to larger circular bases, like I've been using for the goblins. They're made by Renedra, and the greater size makes the models feel less "squashed".

Anyway, here they are. As ever, the black/grey is a bit washed out.

These are the bases, with extra detritus. 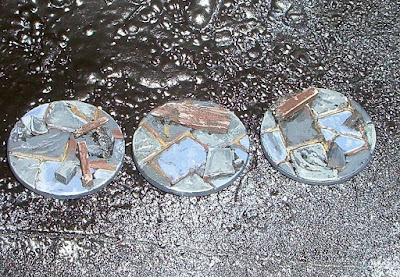 Here are two night runners of Clan Destyn, armed with knives and what's either a throwing star or a sharpened cog (or the lid off a tin can). 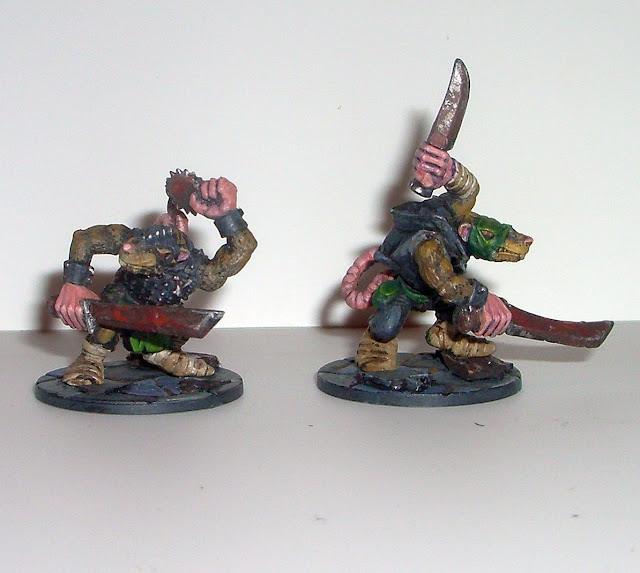 And here is a more high-ranking assassin (he gets his own cloak!) with metal claws, and a lowdown minion with a spear and shield. 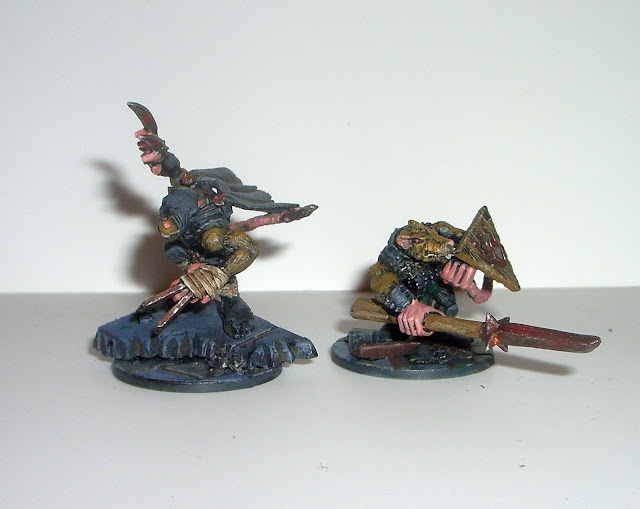 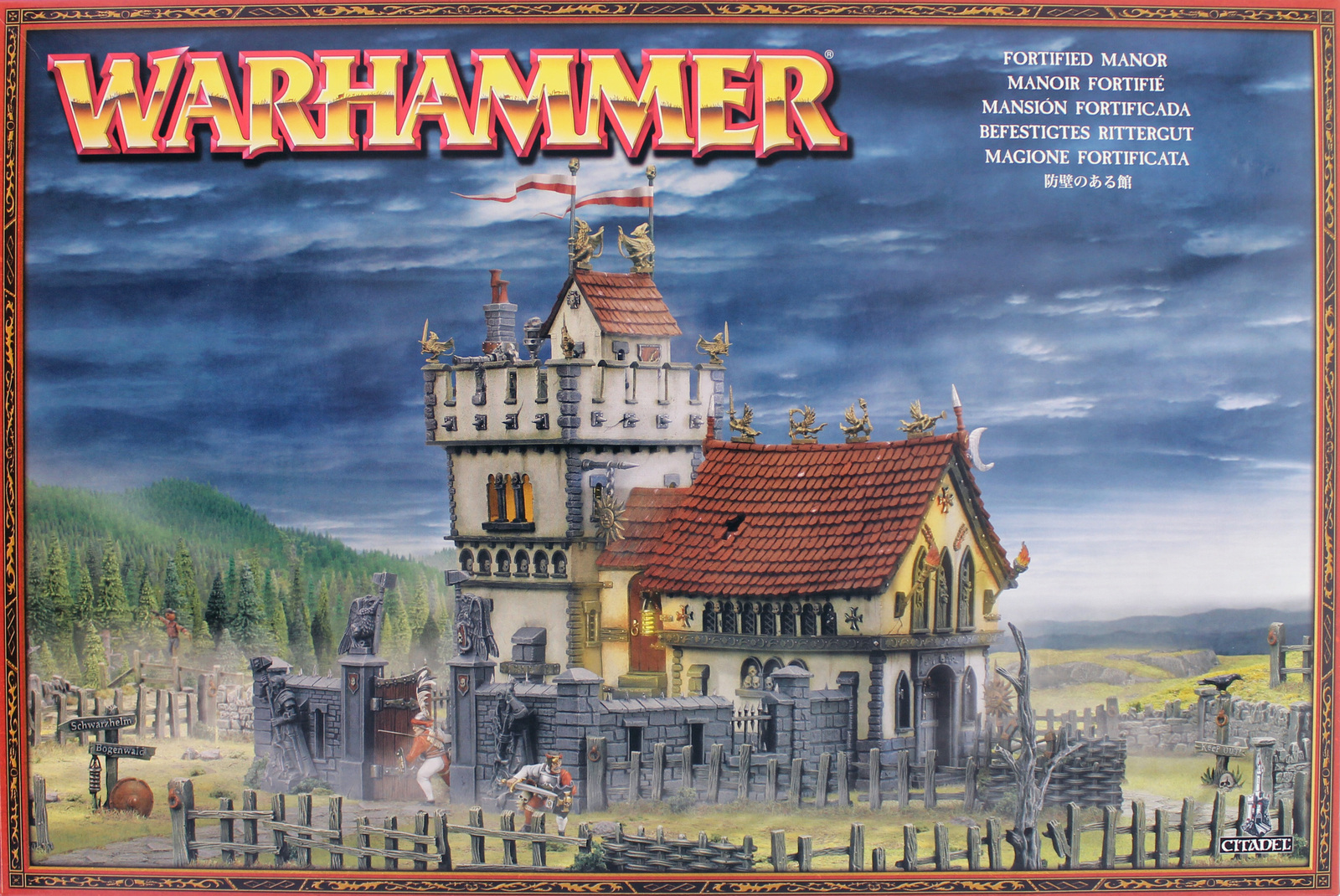 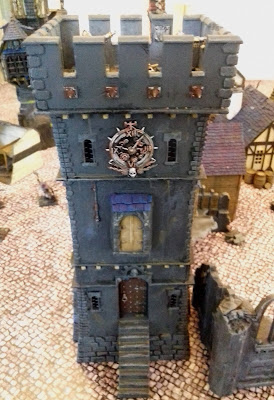 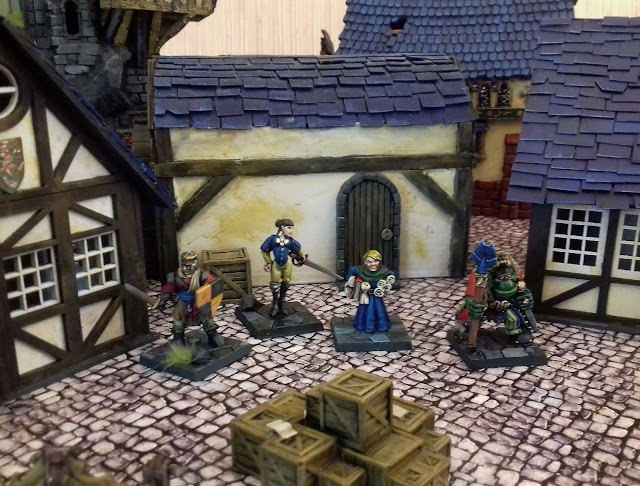 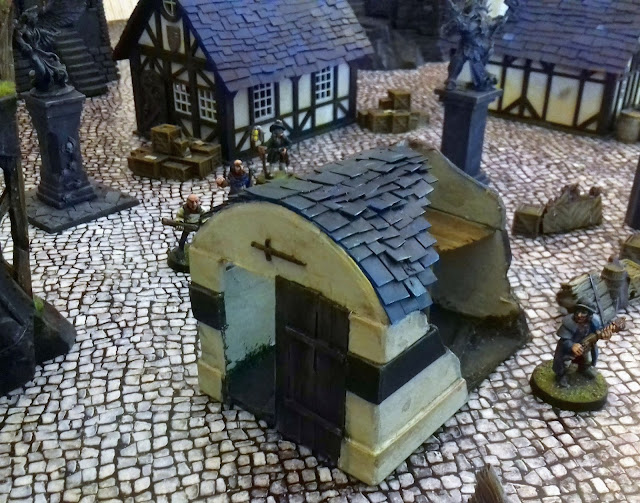 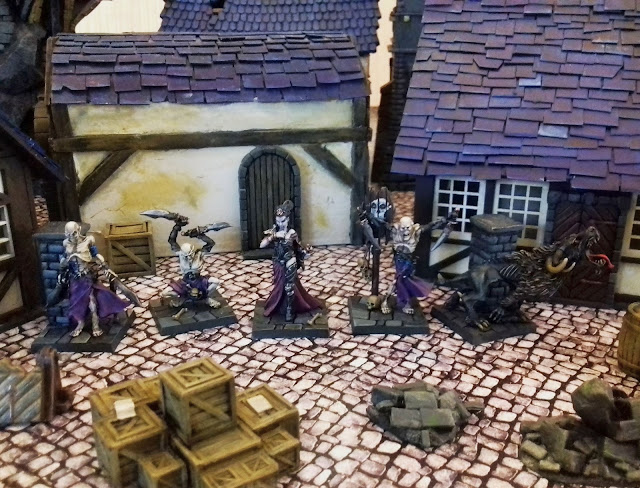 
When I was a lad, and you could buy a penny farthing for three shillings, eight tuppences, two rods and an egg (and still have change to go to the talkies), miniatures were very much a pocket money thing. You bought individual blister packs and slowly assembled squads, until you had the 25 lead models needed for an eight-hour game of 40k. At least, that's how I remember it. These days you've either got to buy 10 models or a character for £15. Terrible.

I was at the local games shop to get some paint, and for the first time in ages I saw blister packs for £5. They were from a company called Nolzur's Marvellous Miniatures, which seems to be Wizkids making models for Dungeons and Dragons. I bought a pack containing two bolt-throwers.

They came pre-undercoated (I'm always vaguely suspicious of models like that) and painted up pretty well. The plastic is more solid than that of Reaper Bones models and holds detail better. There was less warping, too, although I had to clamp the legs to the bases to stick them down. They're hardly the greatest miniatures in history, but far from the worst. 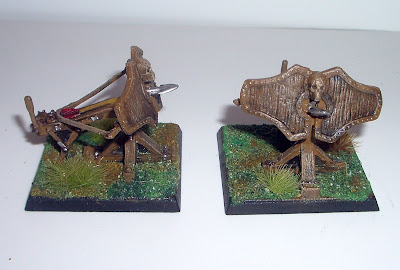 Overall, not bad at all, especially for £2.50 each. They will be added to the slowly-growing legions of Centurion Flavius Flava and his undead Roman horde. As a kid, I always thought that the rows of firing war machines in White Dwarf were incredibly cool. At last, I can contribute to the genre. 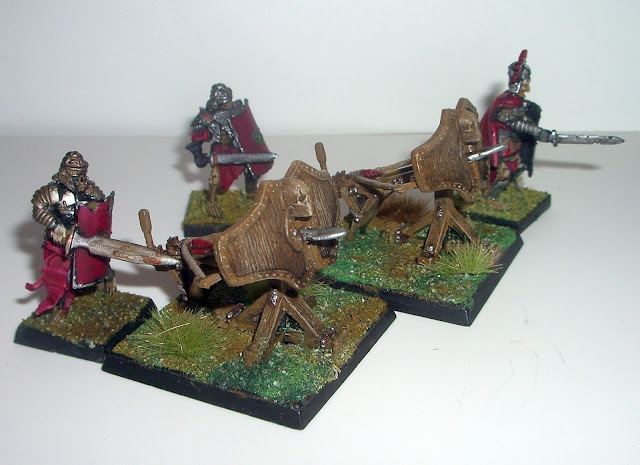 I also did some more work for my team of vaguely-cyberpunk eldar mercenaries, made from converted Privateer Press models. I thought they could do with some heavy firepower, so I added an old metal wraithlord model. It's unconverted, although I made a new base from plasticard, to look futuristic and a bit grimy, in keeping with his friends.

I originally painted his head a grey colour and felt that it looked a bit flat. So I painted on what might be the eldar equivalent of a smiley face. It looks like a creepy mask drawn on a blackboard with a bit of chalk. I'm not sure if that means that I got it wrong or right. 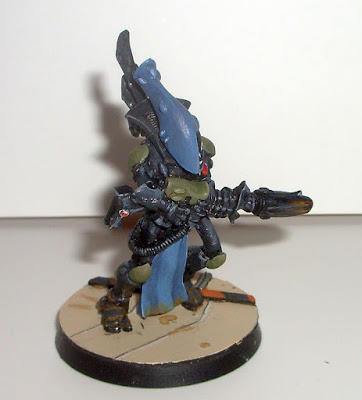 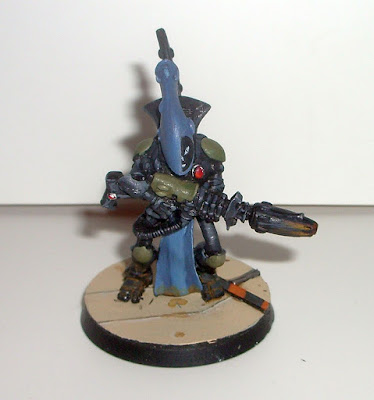