One of my earliest memories of wargaming - or rather, of not wargaming - is seeing a picture of some Imperial titans in a games room at school, and then being told to piss off by an older boy called Robert, who had a very square head.

But the memory of the titans stayed with me: huge robots in unfeasibly jolly colour schemes, lumbering across the horizon while tiny space marines tried not to get stepped on far below. Like this: 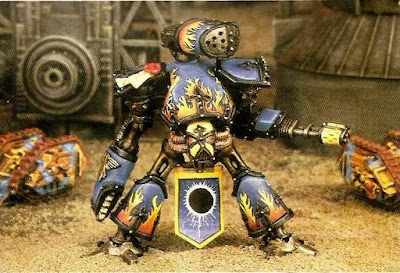 I never got into Epic, but the release of a new version of Adeptus Titanicus reminded me that I had one of these things lying around. In fact, I had a few old Epic vehicles, and so I decided to give one of my Reaver titans a paint.

I tried not to add anything to the bases that would make the titan look as if it belonged to any particular scale, just in case I decided to use it as a robot in 40k or something like that. I did quite a bit of shading on the armour plates and tried a glowing effect on its top-mounted plasma gun. It was missing the feet, so I cast a couple of new ones using putty. 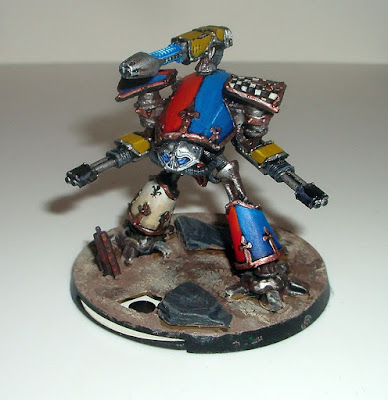 Because it was a nice day, I took a picture of it outside, standing near some ants taking the war to the tyranids. 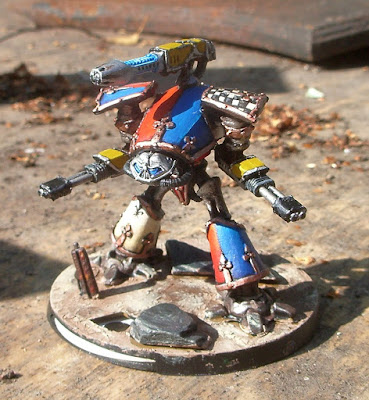 It was quite enjoyable to paint, although shading all those flat areas was a little tedious. I might have a go at another epic robot sometime, though. All in all, a success.


So up yours, Robert.