It seems like ages since I posted on here. Actually, it isn't, but there you go.

A few posts back, I put up a test model for the Eldar wraithguard. I went back to it, and decided that the brown loincloth wasn't working for me: it looked a bit grimy, and lacked the sleek, clean feel I wanted for these models. So, I repainted it blue and added a freehand symbol, the infinity rune from the Eldar book.

That seemed to work, so I painted four more. They're not the most exciting models ever made: although the concept is cool, they're extremely static, and the variety of poses is minimal. I don't see why a couple couldn't have been made with raised guns and/or turned heads, to make them look as if they were firing.

I attempted a subtle colour fade from green to blue-green on the front of each robot's head, but it was obviously too subtle as it's almost impossible to see! 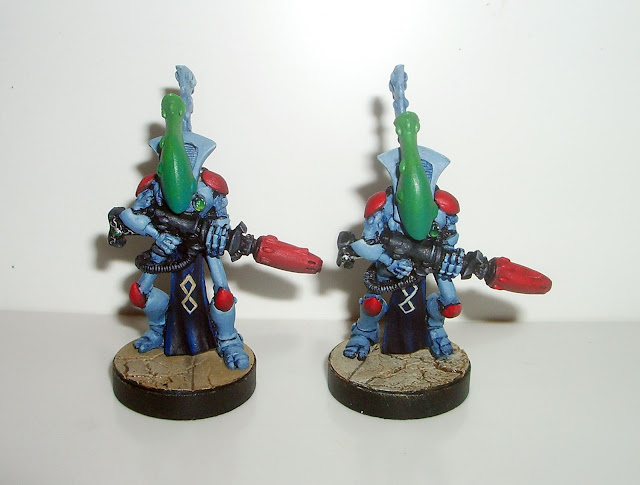 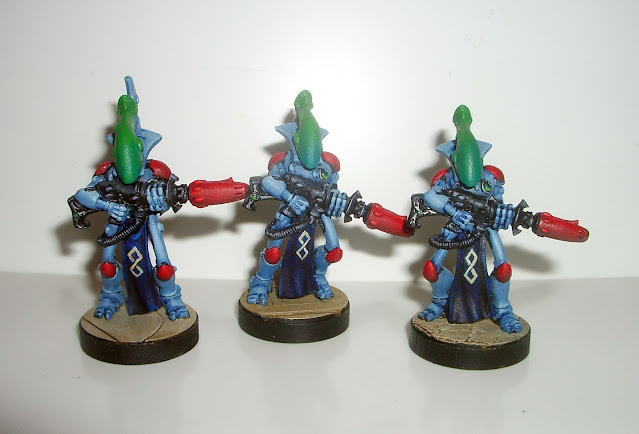 I'm pleased with how they've come out. Not the most dynamic models ever, but they do look cool.