And now for something completely different, or at least much smaller.

A couple of friends (hi James, hi Chris) suggested playing some sort of fantasy battle with small scale armies. That way we could actually get some games in. The old Fantasy Battle took much too long to play, and was too awkward and expensive, while Age of Sigmar doesn't appeal.

(The last time I played Warhammer Fantasy Battle, I had about 12 ogres and James had about 150 skaven. On the first turn, his cannon misfired, destroying about 70 of the skaven. He conceded. The game had lasted about a fifth of the time it had taken to set up.)

So, I bought some 3D printed resin models from ebay. I went for Bretonnians, since, although they've always had awful support from GW, I like the idea of lots of knights charging about, particularly if they don't take ages to paint. Because we're not going to be using Warhammer rules - the current plan is to use Mantic's Kings of War - I can add interesting models like giants and cannons if I want; it's just that the basic look is medieval rather than Renaissance.

Anyway, here are the models. Because they're so small, I used rather harsh highlights to bring out the colours. The sculpts were by a company called Forest Dragon, and they're incredibly detailed. 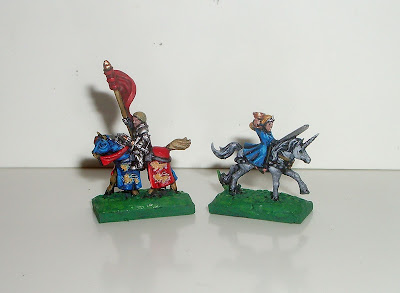 A unit of men at arms:

A unit of scouts on horseback: 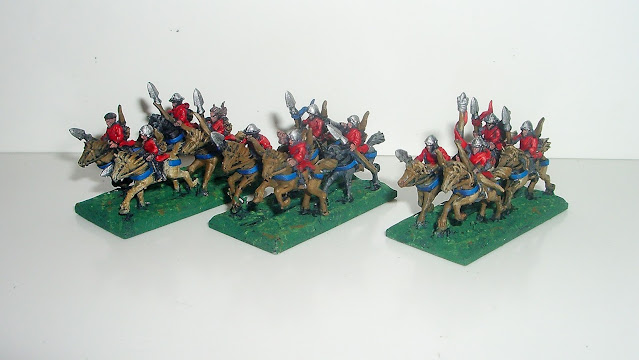 Some monks carrying a relic (they remind me of the chanting monks from Monty Python and the Holy Grail): 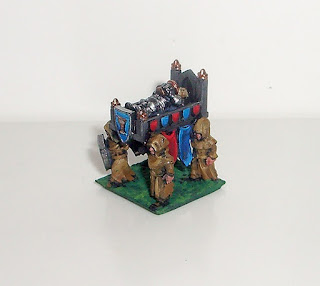 The whole mighty army so far: 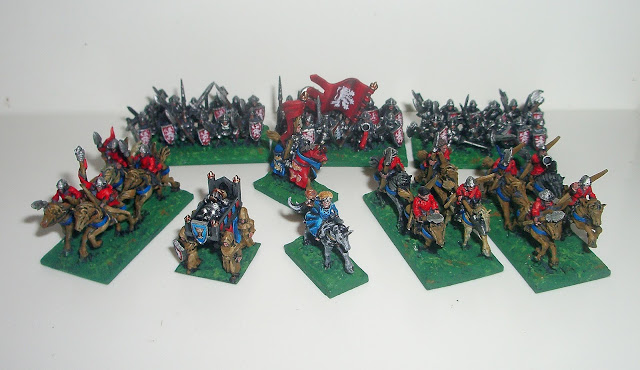 They were surprisingly pleasant to paint. The hardest thing was to get the bases to look right. I stuck the models onto the resin rectangles they came with (these are Warmaster-sized bases, I gather) and used DAS clay and green stuff to blend them in. I didn't bother adding flock, as the scale might make it look a bit weird.

I'm really pleased with these guys so far: they combine speed of painting with the feel of a great big army. I've ordered some more. This could be a fun project!

Email ThisBlogThis!Share to TwitterShare to FacebookShare to Pinterest
Labels: 10mm, In the style of