One Knight and Two Samurai

I've been painting the last of the Epic knights and two more of the Warlord Games samurai heroes.

The last knight is presumably what became the 40k plastic Imperial Knight kit. I went with similar colours to the others. 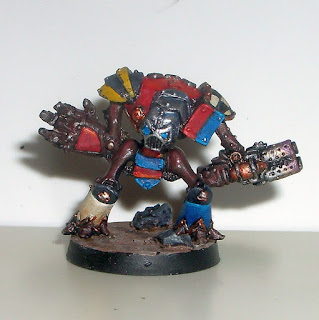 And here are all five, pictured as they stride across Abbey Road.

The two samurai guys are a lady with a fan, who I gave a pink robe, and what I thought was a wealthier chap, who is wearing a jacket and carrying two swords. His face was slightly miscast, so I ended up painting a scar down it to "hide" the error in casting. I rather like them both. 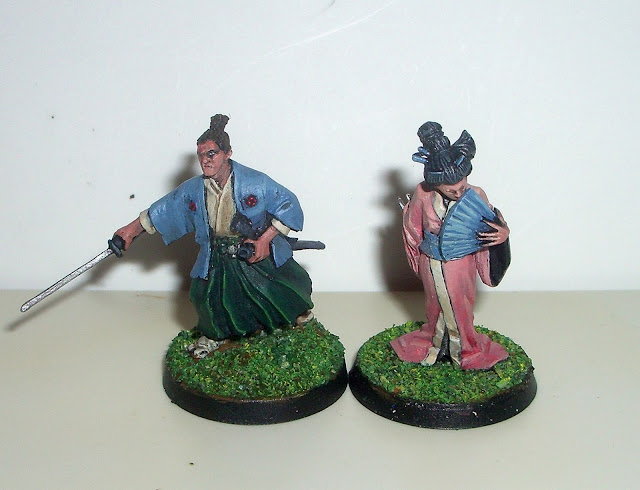 Only three more samurai to do now. I'm quite tempted by the Warlord ninjas, who look like a lot of fun (to paint, not to know).
Posted by Toby at 10:21

Lovely work on the assorted goodies!

The Imperial Knights look fab together, despite their differing designs and the Samurai types look really characterful too!