The Eldar war walker is a curious thing. It was one of the first Eldar vehicles, along with the dreadnought. It wasn't in Rogue Trader, but appeared in the blue Citadel catalogue. Where the dreadnought was a serious damage-doer, the war walker carried two big guns, like a walking AA battery. It was comparatively flimsy, and functioned like a slightly improved version of the Imperial Guard's sentinel. The somewhat gangly model re-used cleverly parts from the dreadnought.

In the late 1990s, a revised version of the war walker came out - still entirely metal, though. The second version of the war walker was slightly changed: the original pilot had little dangly legs, like a baby in a harness, which looked a bit daft in practice, and the pilot in the new version was sitting in a seat. The new pilot also wore armour like a modern guardian. The guns were refined to be less clunky and more elegant.

I've painted one of these second versions. It looks both sleek and slightly dippy. For one thing, the pilot is ridiculously exposed to enemy fire, and for another, the guns would be going off right next to his helmet, which can't make aiming (or thinking) very easy. But still, it looks weirdly cool.

I went for the standard paint scheme I used for the guardians, to suggest that he's "regular" army. I added some bits of detail: decorations to the gun shields and a couple of markings on the exhausts. Otherwise, it's fairly simple-looking. 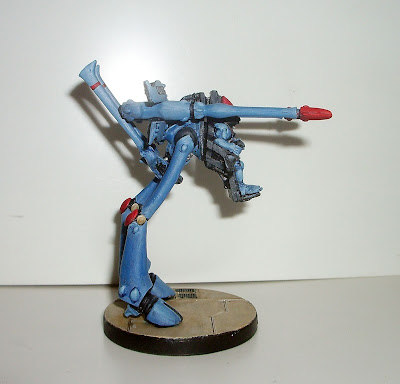 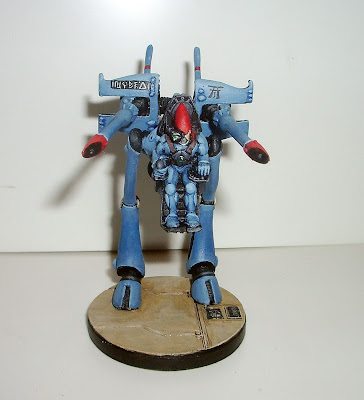 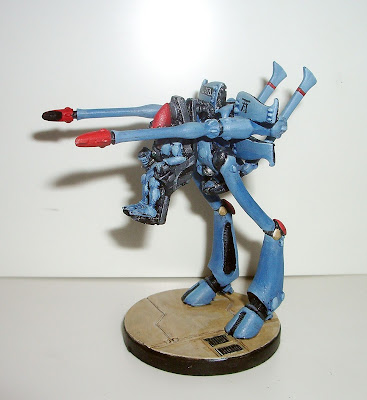 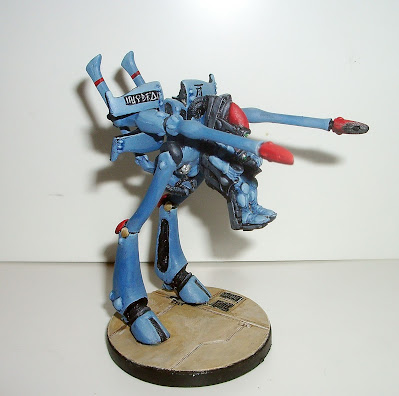 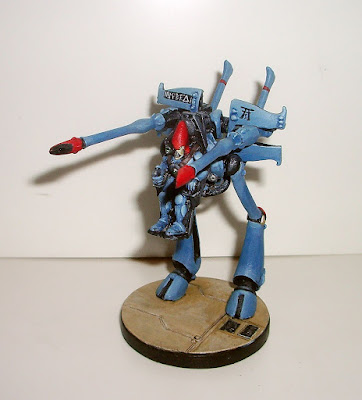