Following the tragic death of our master, Lord Skullius von Grimslaughter, the crew of the Unmentionable Sin were thrown into despondency. The only time I have seen them less happy was when Lord Grimslaughter was alive.

The vessel drifted through the warp without reason or objective, and it was only by chanting holy verses and consulting the Tome of Haynes that we were able to arrive at the first of the twelve service stations of the Astronomican. Here, we thought our prayers rewarded when we encountered a passing rogue trader, who offered to captain our fleet. 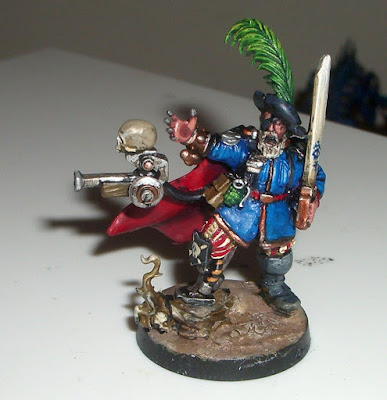 Yet fate swung its fickle sickle again. No sooner than we had left port than we discovered that Captain Sensiblis, our new commander, was none other than the dread space pirate Old Blueteeth, feared throughout the quadrant and renowned for his bloodthirsty deeds and his wild and diabolical crooning. We had no option but to issue a prayer for aid to the local powers.

And even that didn't go well. We soon were boarded by a senior official of the local government, a psyker named Romford Chorizo. From the terrible pallor of this man's face, and the ominous colour of his armour, it was clear that he was an agent of the Great Enemy. 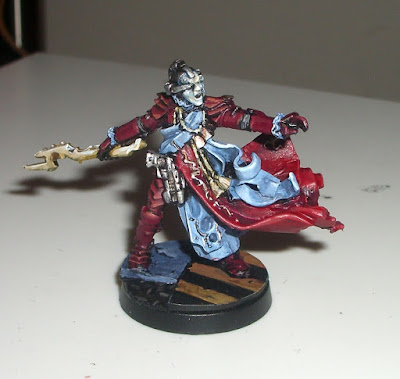 Thinking ourselves lost to the Ruinous Powers, we took up our weapons and prepared to pay with our lives. Yet suddenly Old Blueteeth leaped into the fray, swinging his scrimshawed power sword and emitting terrifying shanties, maddened by the cocktail of rum, Blue Curacao and lighter fluid from which he takes his name. His scurvy crew set upon Lord Chorizo and his minions, and in the confusion we were able to seal them all in the lower decks.

The voyage continues. It will not end well.