I've always liked the Genestealer cult. For one thing, it appeared about the same time as I first saw Space Hulk and read White Dwarf, and it still holds a lot of nostalgia for me. For another, it seems to me to be 40k at its purest, much more so than space marines or anything from the Imperium. It was a weird, do-it-yourself army, full of mutants, aliens, hybrids, demons and toy cars - sorry, cult limousines. You really could make whatever you wanted. And thirdly, it was like a cross between Aliens and H.P. Lovecraft's The Shadow Over Innsmouth. Super. 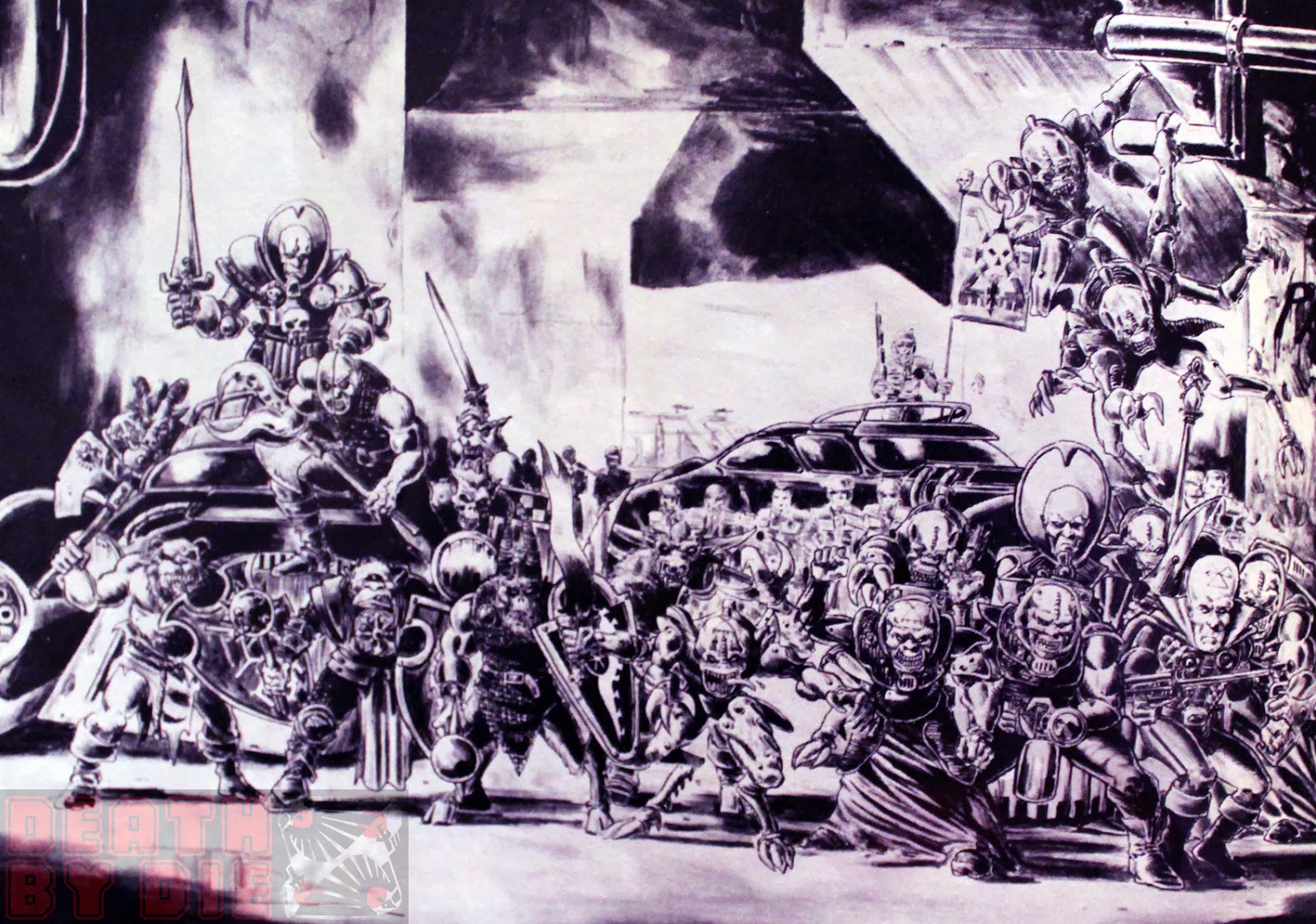 Anyhow, all good things come to an end and for about ten years the genestealer cult and their tubby master, the Patriarch, disappeared from Warhammer history. Last year, however, a game called Deathwatch Overkill was released, which featured space marines (yawn) fighting none other than genestealer hybrids (yay). I considered buying a copy of Deathmurder Overmassacre, because the models are fantastic, but it's not cheap (and I am). Instead, I decided to tart up some old conversions I had and make a few new ones. If they came out looking a bit wonky, well, so did everything else in Rogue Trader.

So without further ado, here are some hybrid cultists. These two are official miniatures:

The next two models were conversions of plastic chaos cultists. I went with a slightly more gangsterish feel.

And finally, two oddities. The first model is a conversion from all sorts of junk, mainly Mantic ghoul parts and bits of a slightly melted purestrain stealer I bought off a kid called Ben in 1994. He is wearing a sign around his neck that says "mutant", in case the three arms and home-grown body armour didn't give it away. 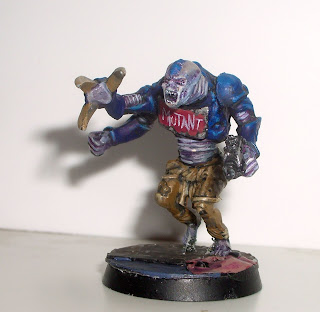 And this guy is my favourite model, because he is so ridiculous. He's apparently an imperial psyker, but the sculpt seems to have been inspired by a cross between Ming the Merciless and an unusually flamboyant gangster from a Dirty Harry film. If ever a man dressed as if he lived off immoral earnings, it's this bloke:


He even has a fancy stick, for goodness' sake.

So, that's the genestealer cult for now: a band of outcasts, monsters and glam rock musicians ready to take the underhive by storm. Perhaps I should get a copy of Deathskull Killything after all.
Posted by Toby at 15:13