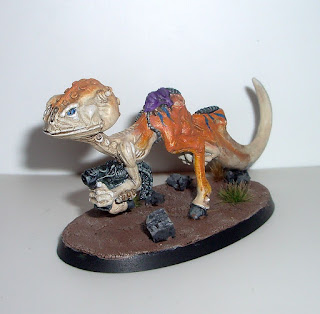 Rogue Trader contains many strange things, which would eventually either fade into nothing or become the basis for the Warhammer 40,000 we have today. One of those was the first description of the tyranids, and their hive fleets. Back then, tyranid warriors looked like this: 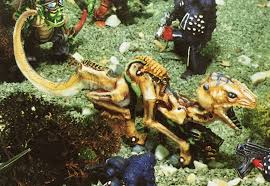 I've always been slightly fascinated by this thing. A model of it appears in Rogue Trader, known as the protonid. However, only seventeen copies of the model were ever made, and now they fetch very high prices as rarities.

One of the first posts I ever made on this blog, back in April 2016, was an attempt to convert my own version of the protonid out of bits and bobs. It was a long way from perfect, but you can see it HERE. I recently discovered on Rogue Heresy and The Casual Cultist that someone had done a "fan-sculpt" of the protonid. I managed to get one from ebay for the reasonable sum of £15, and had a go at painting it.

First up, the sculpt is very good. I don't think the protonid would have worked all that well as a playable creature (in particular, its rear limbs don't do much except take up space folded up under its tail) but this sculpt is a very accurate representation of it. In particular, the head is very detailed and looks just right. 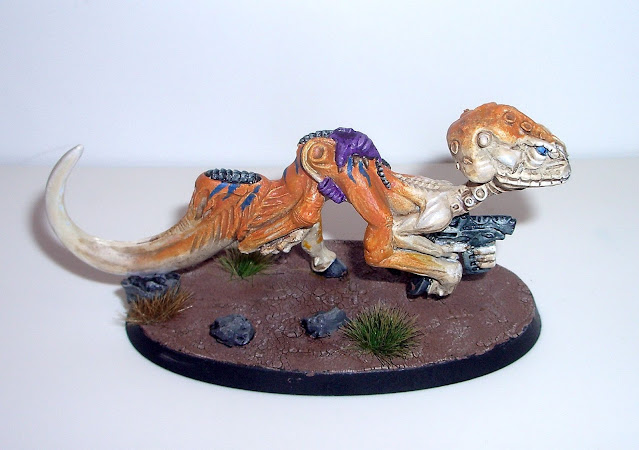 I went with a colour scheme inspired by the original Rogue Trader paint scheme, making him look like a mixture of an insect, a gecko and a mutant roast chicken. The gun was painted with black contrast paint: the rest was mixed in the usual way. 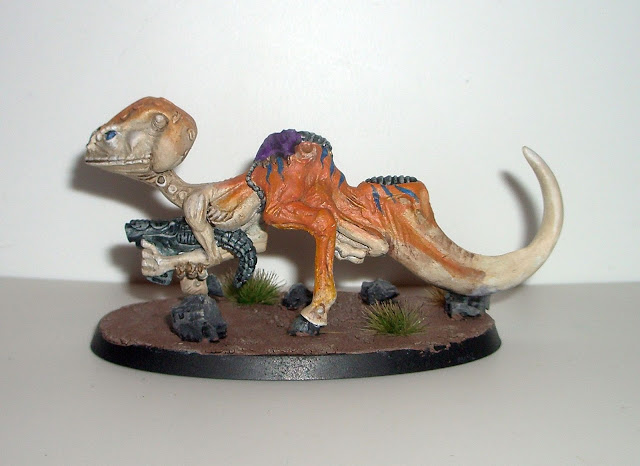 I really wish I'd picked up some of the fan sculpts for assorted GW gubbins when they were available as they have buckets of retro charm.

Wow, very cool! I knew the old Gaunts, but I never saw this one!