Parked Under A Lampost

Just a bike parked under a lampost. It's an old metal ork warbike, which was missing a lot of bits. I wanted some more terrain for my Necromunda guys to hide behind, and I think this works as a small wall while looking suitably moody. 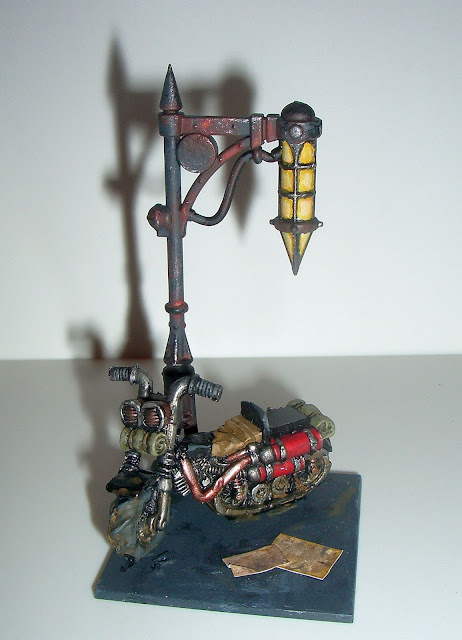 Never Get Off The Boat - My First Carnivale Game

Yesterday, I headed down to Southampton to finally give the new version of Carnivale a trial. James F hosted and ran the games, and Chris, Andy, James P and I were the players.

The first games were quick skirmishes to learn the basic rules, using a smaller table and the models and cards from the 2-player starter set. Everything was surprisingly simple to understand, with the exception of the jumping rules, which require models to jump onto a small obstacle to "chain-jump" onto a larger one. I can see why this is encouraged: getting a height advantage is very useful in Carnivale, and the leaping around helps distinguish it from other skirmish games. However, it takes a bit of getting used to.

That said, I tend to find new rulesets hard to grasp at first, and I was surprised how quickly I took to the Carnivale system. Everything seemed to make logical sense. Once we'd all had a go - and Chris had had to go home and had been replaced by Andy - we played a three-way battle on a lavish 3' by 3' board.

The aim of the mission was to capture boxes of military supplies left around the area. Being in the vicinity of a box gave models an advantage in combat to represent the quality of the looted gear. The Guild (Andy), the Rashaar (James P) and the Patricians (me) approached from different table edges and chaos broke out.

Andy sent a gang of enraged citizens to grab the first box.

The Patricians, enraged by drink and the existence of poor people, advanced to meet them.


Meanwhile, a noble lady and her butler tried to outflank the battle in a gondola.

Pretty soon all the sides were being thinned down. Highlights included James P's continual attempts to throw everyone into the canal, Andy's Capodecime leaping across the rooftops like a cross between Batman and a kangaroo, and the maid of my noble house wading in armed with a frying pan, which turned out to be the most effective weapon in the game, thanks to its ability to stun opponents (clang!).


At the end of the day, the Patricians won, thanks to some last-minute objective-snatching. The various combatants retired to their lairs to enjoy their stolen consignments of military-specification frying pans.

All in all, I really enjoyed the game and was impressed by the system. All three sides have good solid rules, and subtle aspects that it will take a while for the players to master. Carnivale manages to be both complex and pretty intuitive, and I'm looking forward to doing battle in Venice again (but not in the canal).

- Cards for all factions, not just the Guild and Rashaar
- An expansion dealing with the canals of Birmingham.
Posted by Toby at 12:03 No comments: 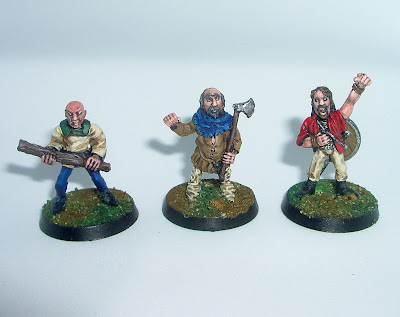 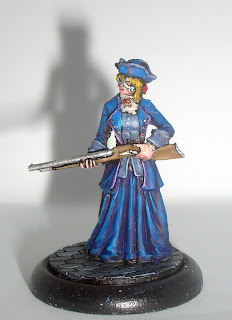 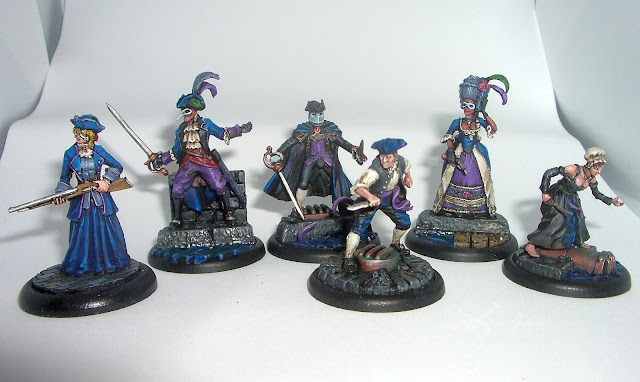 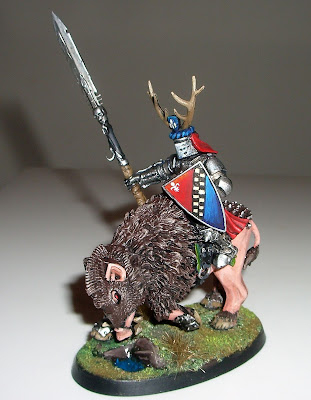 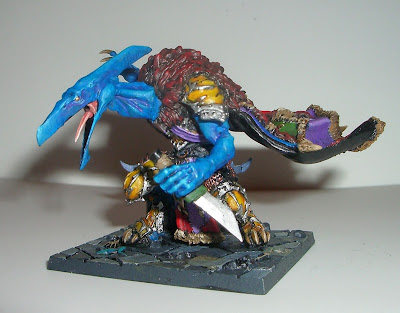 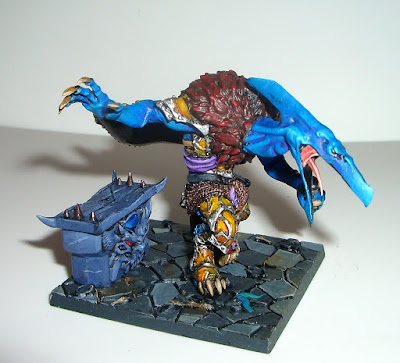 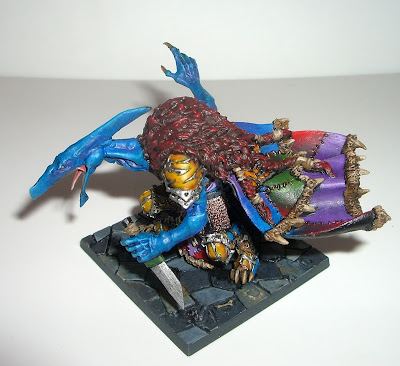 After all that excitement, I might go back to something more normal!
Posted by Toby at 12:20 2 comments: 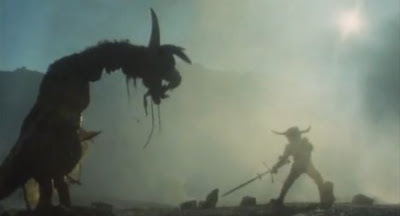 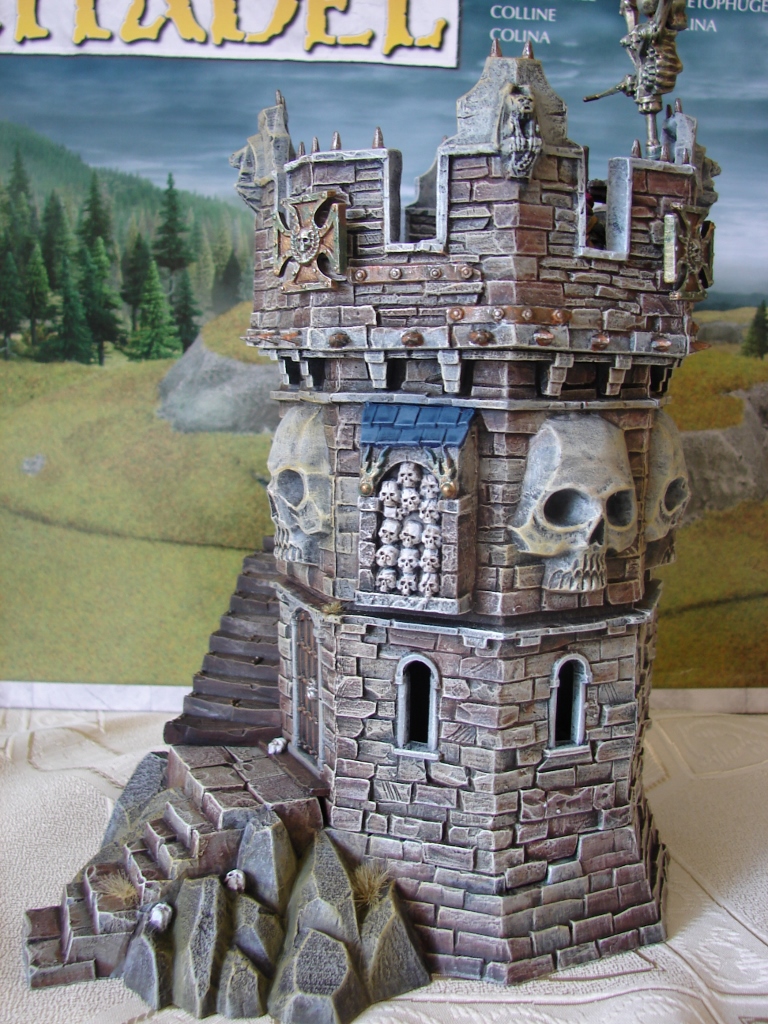 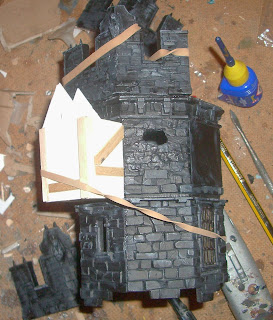 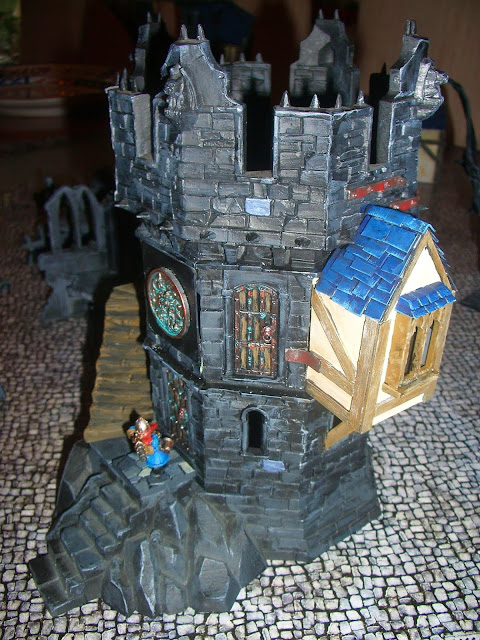 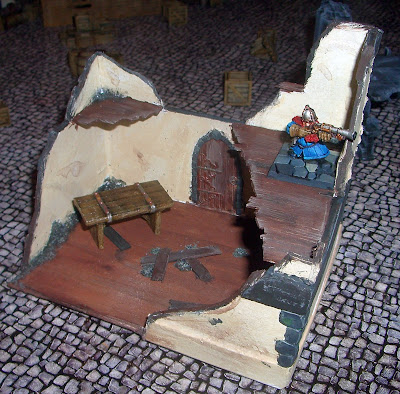 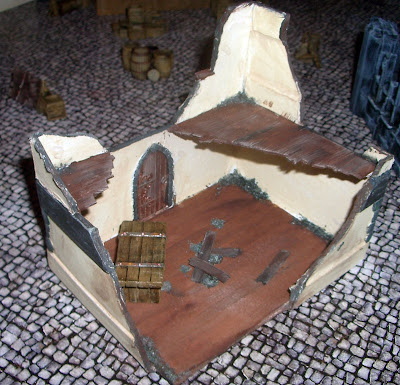 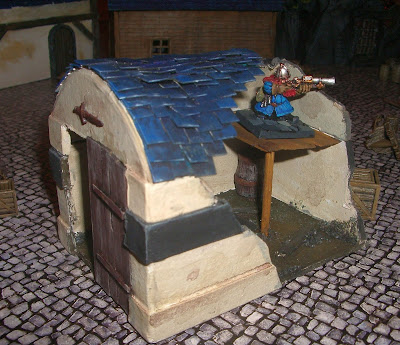 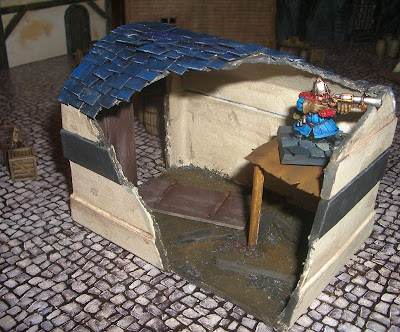 The next terrain project will be to do up an old stone tower I've got lying around. It's going to be quite a task - the thing is covered in tacky skulls. But I've got plans, and a huge number of coffee stirrers...
Posted by Toby at 09:25 2 comments: