Here's another model repainted and repaired from a long time ago. In ages past, I was given a Predator tank by a friend. It was in an odd state, having been Nurgleised with candle wax, and the side guns were a mess. This was a long time ago, to there won't be any WIP pictures.

I put new sponsons on, taken from an old Leman Russ model. I never liked the weedy-looking dangling sponsons on the Predator (and the Land Raider, for that matter), which look as if they'd snap off like wing mirrors. I used green stuff to make weld lines to disguise the meeting of sponson and tank. Also, I replaced the turret with a Leman Russ turret, largely because I'd lost the one that it came with. 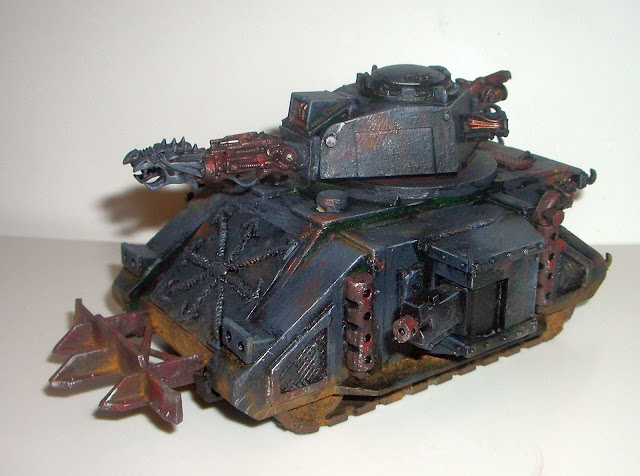 The turret guns (nominally, twin lascannons) came from ancient conversion beamers, of which I seem to have quite a few. I gave them dragon's head barrels. I don't really go for very ornate chaos tanks, but I needed to make the guns look impressive. They now look rather like something from an Ian Miller painting, so that's fine with me.

The last part was the square of plasticard covering the front panel of the tank. That was added late on. I used green stuff to add a welded chaos star, probably added by a zealous crewman. It looks a bit excessive to me, but compared to other tanks I've seen (and built!) it's pretty mild. 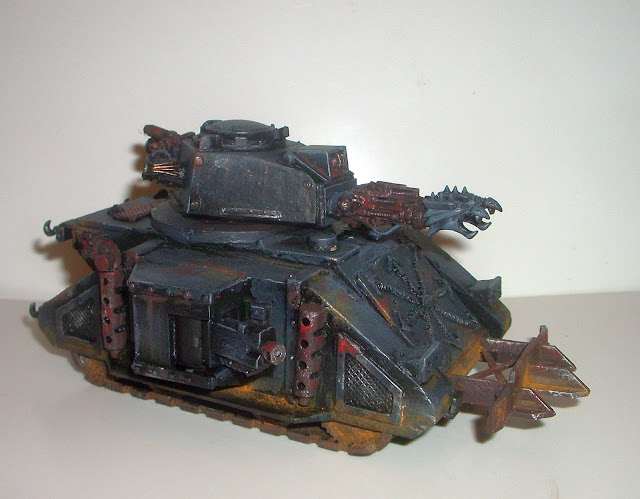 Then it needed painting. This was largely dark grey followed by a lot of weathering, including some powder on the tracks and rust and scratches on the upper body. It looks rather battered, but after 10,000 years in the warp, that happens. 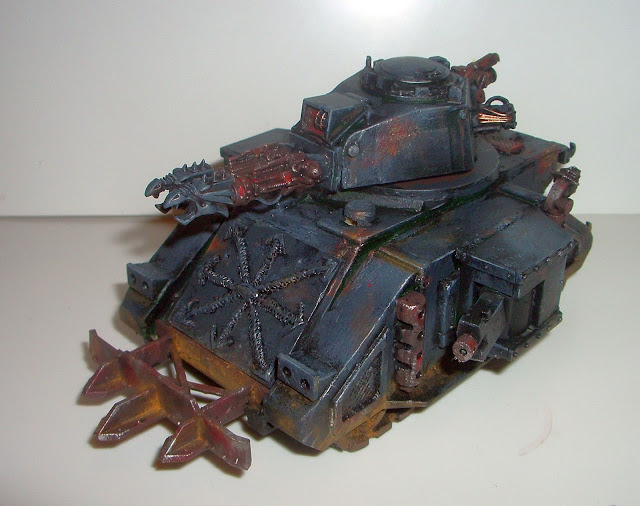