The first wizard is a Gandalf-type who is reading out a spell from her book. 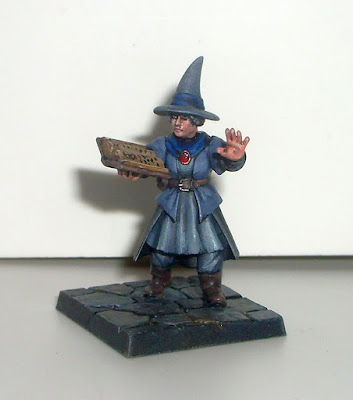 The second wizard is less subtle and was partly inspired by the elementalist in the Frostgrave rulebook. She's the only one of the three who is converted: I swapped the top of her staff (surprisingly, a skull) with a burning brazier. 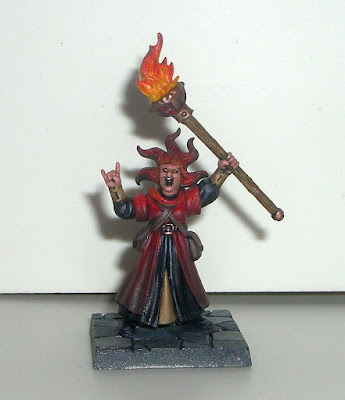 The third wizard is a witch-type model. Her body is rather hunched, so I added an elderly-looking hooded head. She also got a cat familiar from the wizard sprue. I painted her to look like a classic fairytale witch, with green as a spot colour. 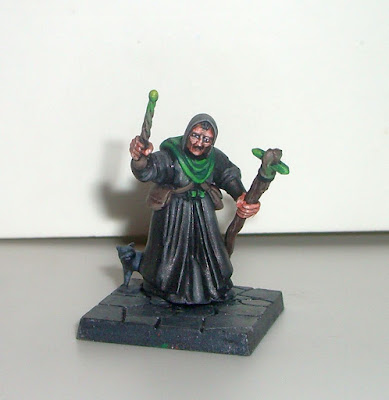 I happened to have a cauldron from Nolzur's Marvellous Miniatures, so I thought they'd look right standing around it, making a potion. All I need now is Macbeth. 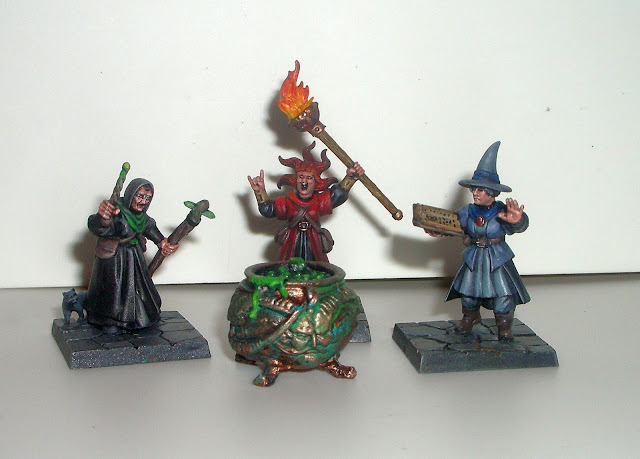 Nice. I've been toying with the idea of getting the female wizard sprues, now you are encouraging me to do so!

SWEET! I cannot decide which one I like better - the red or the green one!

Thanks guys: the Frostgrave sprues are old-fashioned in a way but they're well-sculpted and give loads of variety. I've bought one sprue of female fighters of ebay to see how well they go with the wizards. Definitely recommended!