It Came From The Swamp


I've been working on the big deathclaw-type monster that I started a while ago. I thought that he looked like something that had crawled out of a swamp, so I made him a suitable base. The base was built up a little with DAS Clay (I can never write that without hearing the synthesiser music to Das Boot), and the lower areas were painted dark green and washed with water effects. The tree came from the Nurgle tree set and the little pier was built out of coffee stirrers. 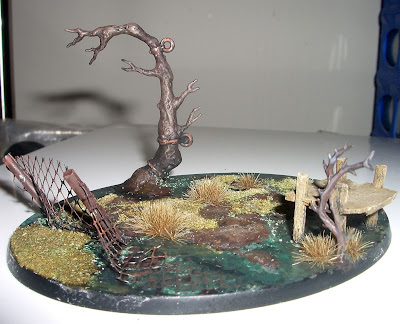 The broken fence was made with bits of sprue for the poles with the plastic mesh from a bag of oranges stretched between them.

Here is the monster on his base. His right arm is slightly raised, and he's using it to knock the fence down. The model is quite static, and I think this gives him a nice sense of forward motion. 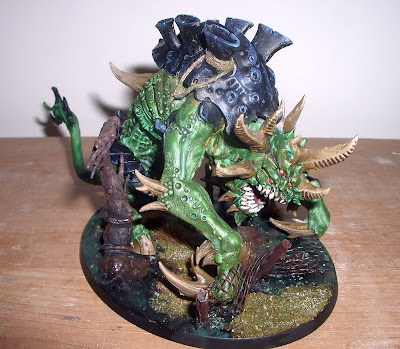 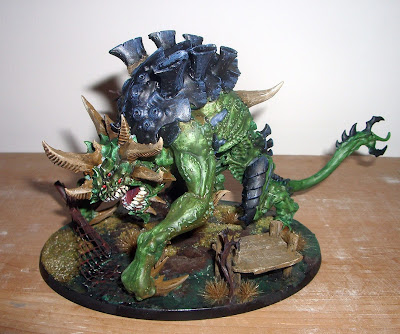 I painted him with a lot of washes over a white undercoat. It's a bit scrappy in places but overall I think it looks good. Seen from the side, he's quite long in the body. The bit of the conversion I like the least is the point where the carnifex legs meet the nurgle mid-section. 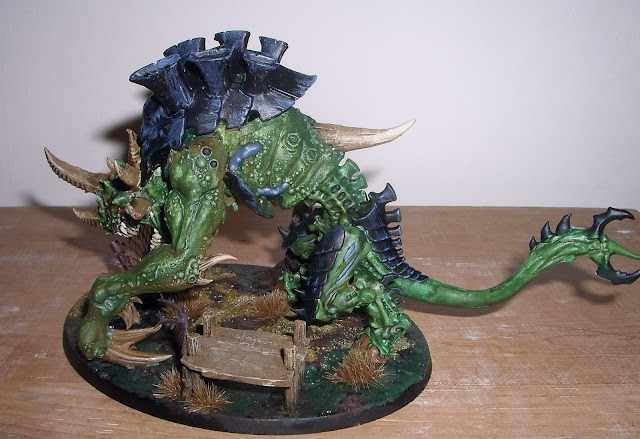 Overall, I'm pleased, especially with the washing technique, which is often a right mess. I also gave into temptation this week and purchased a barn and two sprues of plastic farm animals from Warlord Games. The barn is a good model, although not very interactive. I'm not sure what I'll use the animals for: perhaps the basis of a long-awaited Animal Farm Necromunda gang.