From Commissar to Rogue Trader

I'm working my way (very slowly) through my huge box of models that seemed a good idea to purchase at the time. One was a commissar-lord that I got cheaply, because he didn't have any arms. Now, for ages I've wanted to make a model of Isambard Smith, the hero of the books I wrote a while ago (which you can buy HERE if so inclined. They're very funny, I promise). Smith looks rather like this: 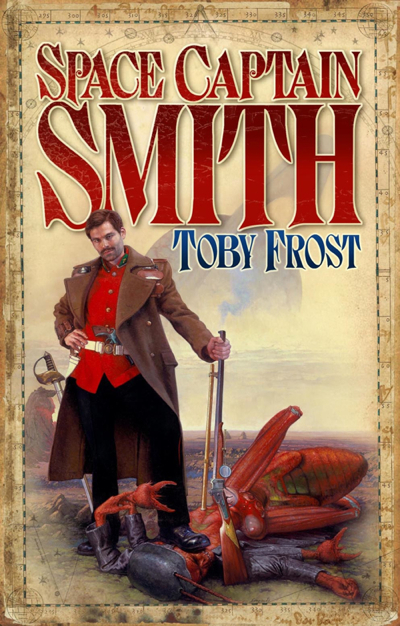 I thought that with a bit of work the Commissar might be quite good - not as Smith himself, but as a sort of Warhammerised version. With that, I de-skulled the model, so he'd look more like a Victorian and less like a Nazi, and added some arms from the excellent Tempestus Scions kit and a sabre that I cut from a sprue of Waterloo-type people (goodness knows where I got them from). 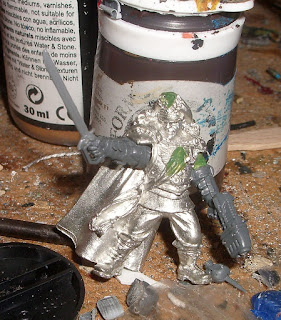 Then it was just a matter of painting him. It made a change to be painting an SF model in bright colours, but there's a hell of a lot of detail on this chap, and it took ages. Still, I'm pleased with the result, especially his face. He isn't Space Captain Smith, but if there's a Rogue Trader Smithius out there, this is him. 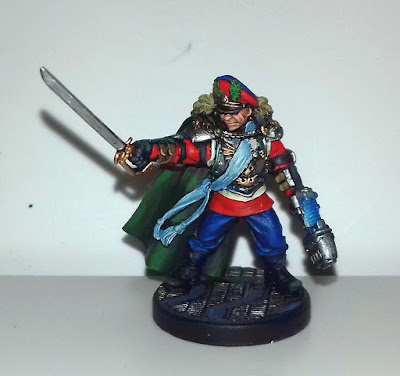 Email ThisBlogThis!Share to TwitterShare to FacebookShare to Pinterest
Labels: Books what I wrote, Imperial Guard

Hi Toby, just wanted to say I've stumbled on the blog for the first time and I've really enjoyed looking back through your models. Figures like the robot rickshaw and devilfish submarine are brilliant concepts. Great creations and I'm looking forward to seeing what else you're working on!

Thanks very much - the robot rickshaw is a favourite of mine! You've got some great stuff on your blog too. I like the venators and the old-school Confrontation feel to a lot of your work. I'll definitely be checking it out in future!

Glad you like the blog - I think we've got a lot of common interests :)

Yes I think so - I've still got half of the Confrontation rules in an old White Dwarf. Shame I never got the second bit!

Very nice! I love that pale blue band over his chest!

He would fit in nicely with a Pretorian IG army. Love the conversion you've done, he looks more gritty than grim without the skulls, which is exactly the way I like it.