It feels like a little while since I last posted here - at least eight days! - but rest assured, I have not defected to the real world and have continued to work on little plastic people instead.

Little plastic aliens, to be more precise. Ages ago, I made a sort of four-legged tyranid based on a picture of a Hive Guard, before GW had brought out its models for them. The picture looked like this: 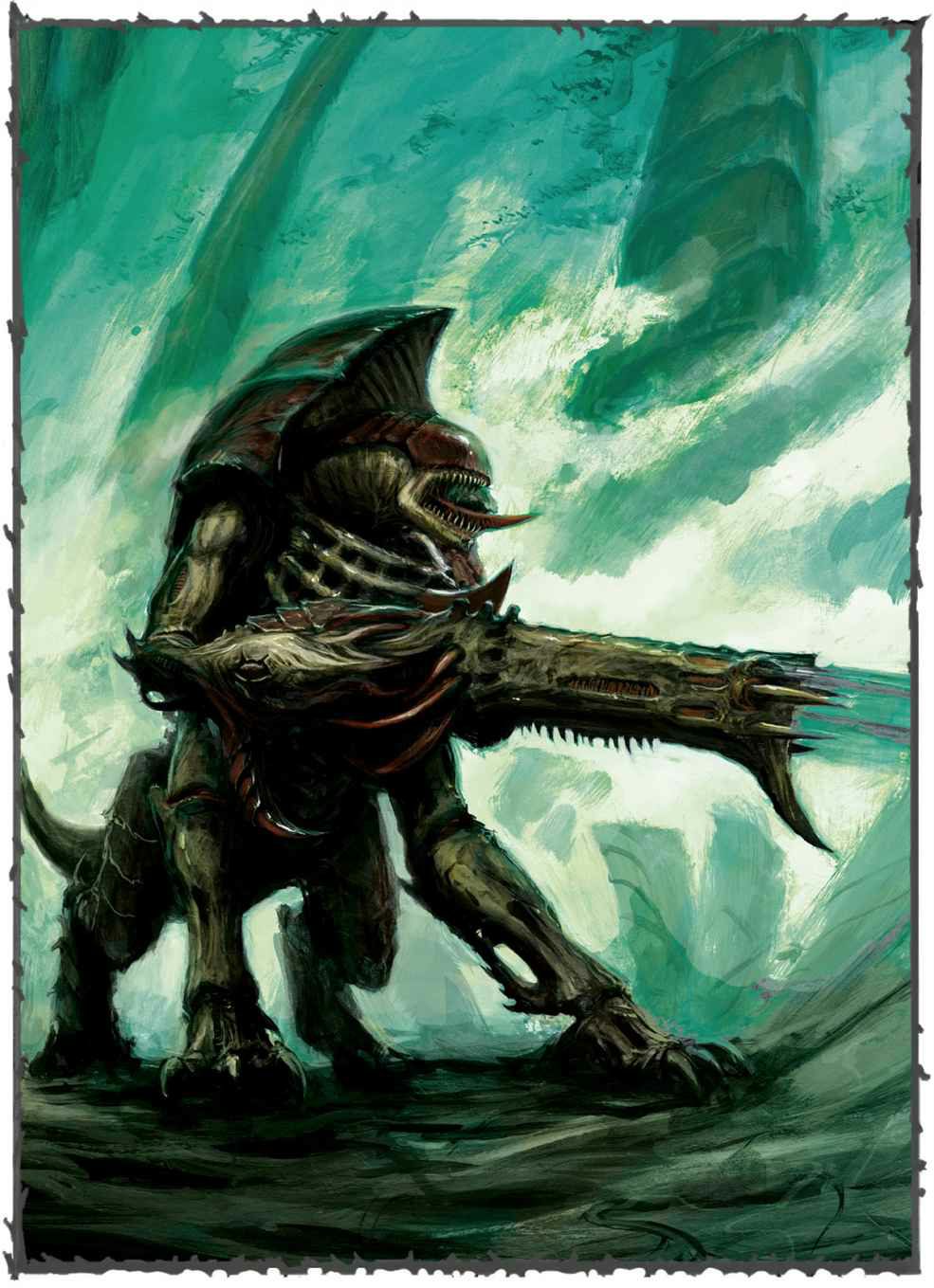 My own version was half tyranid warrior, half cold one (a sort of riding dinosaur that looked like a fat velociraptor). What with Shadow War Armageddon being out, and tyranids being a playable race (although surely a rubbish one, given their last few sets of rules) I thought it would be good to improve my slightly half-arsed conversion.

So, I added armour, bulked up the plates on its back, lengthened the front legs (made from genestealer claws) and added some extra ribbing from a necron to make the model look more biomechanical and to link the front half and the back half together more. 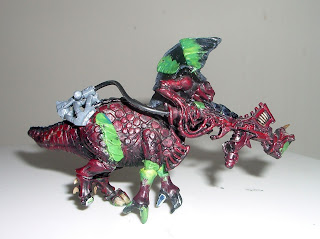 The gun is actually from the ancient - and dreadful - genestealer hybrid models from the Space Hulk Deathwing supplement.The head came from some kind of large-scale robot-person from the old Inquisitor game, back when you could order individual bits.

Anyhow, here are some pictures of the gunbeast painted up. Unlike most tyranids, he can open his mouth without his tongue flopping out like some sort of gormless space-labrador. 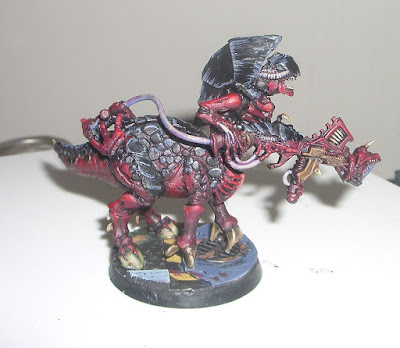 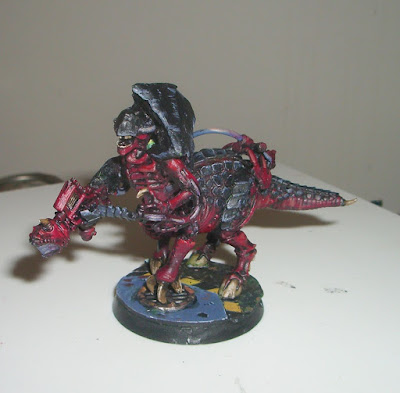 I think I might do a vehicle next. I've finally got the parts to finish the Immolator I've had knocking around for ages, and I recently bought the crane-and-tractor scenery pack from GW. So, mobile church or red rural ride?
Posted by Toby at 09:22