This is going to be the last post in the Turnip 28 project for a little while (probably). After all, man cannot live on turnips alone. I thought I'd make a few monsters for the batch of soldiers to fight. It seems to be a rule that the animals of the Turnip world are manky and squalid, and I wanted to incorporate the root veg theme into these strange, mutated beings.

Our first specimen was made from a Perry body and right arm, with an old chaos hound tail as a left arm. and a skull for a head. Green stuff was used to make the head more turnip-like, along with a trimmed-down Army Painter swamp tuft glued to the top. 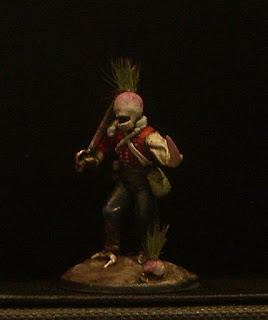 The second turnipoid is also based on a Perry model, with a Mantic zombie head that I enlarged with green stuff. The branches coming out of his back were cut from a plastic GW dryad, many years ago. 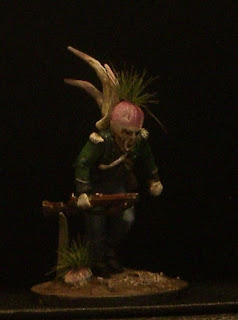 Specimen three was made from a Mantic zombie. All I did was to replace the head with a ball of green stuff with another tuft stuck on top. Strangely creepy, for a vegetable. 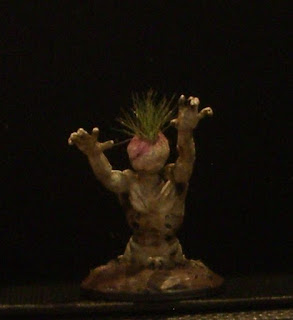 Our fourth turnip-monster started life as a GW Blood Bowl Nurgle player. I left the head off and smoothed over the rotting stomach with clay. Because he was so big, he got an entire swamp tuft instead of a head. 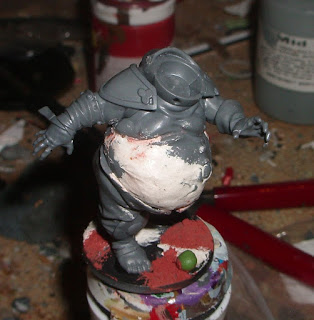 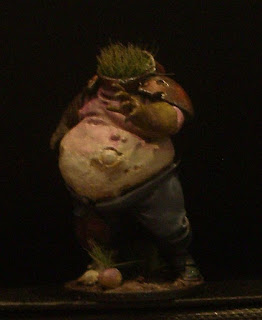 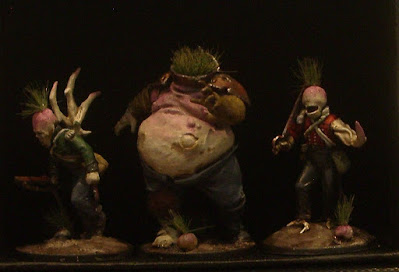 Email ThisBlogThis!Share to TwitterShare to FacebookShare to Pinterest
Labels: Turnip 28

Awesome work, some of the best you've done.

Thanks very much guys! (Also, the darker pictures help to hide the mistakes!)

Hoho, these are inspired! I love them!

Thanks! I must admit, I'm pretty pleased with the static grass on the heads. One of those "What if I try this?" moments that happen to work out!