So, here are some more space marines - or space knights, or whatever these guys are. As I've probably mentioned a few hundred times before, most of the marine fluff strikes me as either silly or dull (Chaos fluff, on the other hand...). And of course, without the space marines, we wouldn't have all those hilarious memes about Tau being weedy in close combat where the punchline is "Heresy!".

So, ignoring all of that, I reckon that my guys (let's call them the Knights of the Void for now) zip around space going on exciting quests and that sort of thing. Here, a small group of knights have got together on the same questing-ship to assist various chapter experts in some important mission. 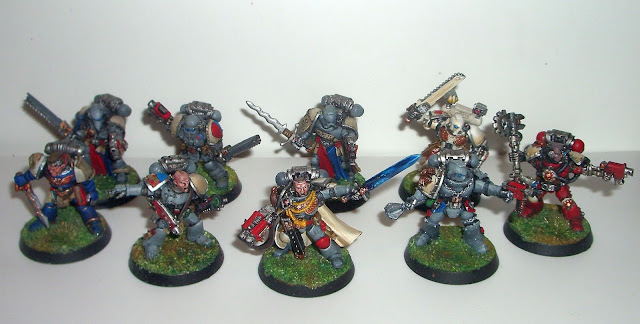 These two guys are lead models from 2005 or so. I think they're both veteran marines. They were painted to look both heraldic and fairly cheerful. I like the idea of small, cheerful marines.

King Flowbert is the ancestral monarch of a very small asteroid with a thriving population of one. Among other things, his ancestral duties require him to maintain diplomatic relations with the very small prince on the next asteroid down.

King Flowbert's sword was missing, so he got a new one from a very old Empire model. 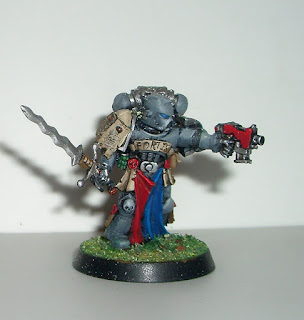 Armand du Planete Sauvage joined the Knights of the Void after a mystical quest, in which he followed a white stag across the sector. Amazingly, this seemed like a good idea at the time. 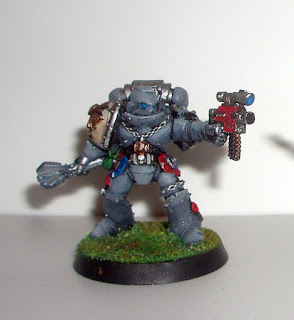 This chap is an older model in Mk 3 armour. I think he fits the medieval feel quite well.

Sir Belfry the Pious hails from Borchester Prime, a planet known for its brave warriors and high-quality Grime MCs. In his spare time, he is the Archbishop of Saturn. 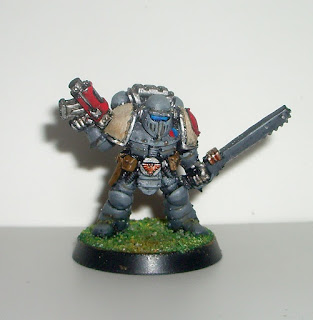 By the way, I keep getting adverts for something called the Google Web Creators Community. Is it worth a look? I've no idea what it is - I've only just got the hang of posting here.

Awesome work on the marines!

I'm a big fan of reimagined Space Marines as their original background is indeed a bit silly!

Saying that, some of the background from Rogue Trader was quite good as it involved marines being recruited from feral worlds and being essentially terror troops ala Dunes Sardaukar!

I got the makers community thingy too but have thus far ignored it!

Haha, the fluff makes them even better!! :D
Nice ones, I think I still have some of these. I hadn't seen these sculpts in a while, it's great to see them again, nice job!

I've just realised after about 3 years of this blog that I can't reply to each comment separately. Hmm.

I'd forgotten how much the original marines resembled the Sardaukar (and how much of 40k is basically Catholic Dune). It always seems a shame that so much entertaining stuff from the Imperium is ignored in favour of more space marines. Reimagined marines is the way to go.

These are some of my favourite marine models. I like the heraldic feel of the veterans.