Normally I find the proliferation of skulls in Warhammer 40k a bit tedious, but I make an exception for Eldar Death Jesters. These are the heavy-weapon operators of the Harlequins, a group of masked space elves who are extremely fragile but hit very hard if they get there. While the rest of the Harlequins look like, well, harlequins, really, the Death Jesters have a more macabre style. They remind me of the formal dress and skull makeup of the Mexican Day of the Dead. Yes, they're covered in skulls, but they've got class. They're like Hell's Mariachi band. 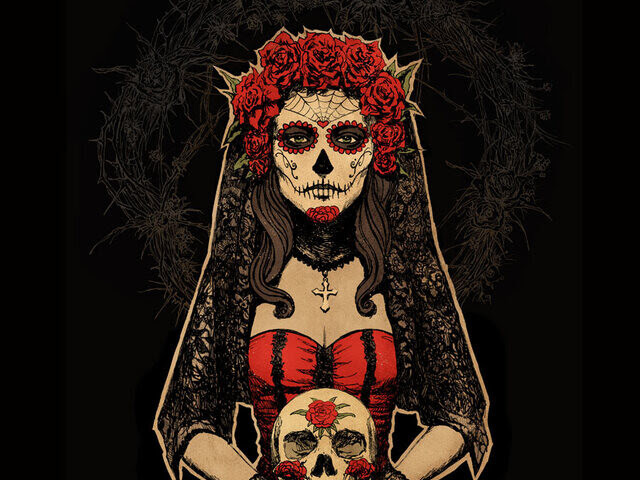 So, with a Sisters of Battle torso, a small shrine, Dark Eldar arms and a heavy weapon, I made this: 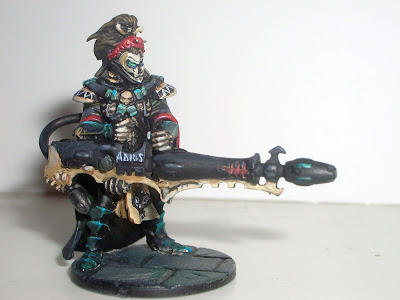 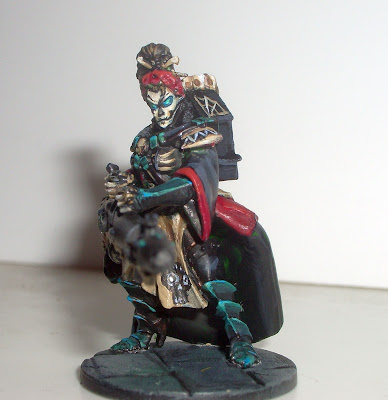 The power cable for the gun leads into the backpack, which is also a little memorial to some relevant person (or there to intimidate anyone creeping up from behind). As you do. 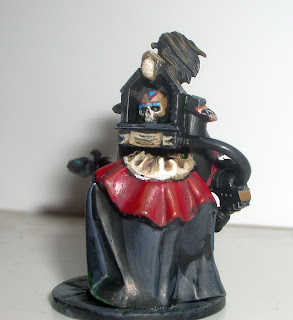 The skirt was made out of an old Empire cloak, with green stuff to fill in some gaps. I'm pleased with the conversion work but less so with the painting. That said, the camera is being exceedingly difficult at the moment. There are some things that it picks up well, and this model isn't one of them. I should do some more Frostgrave people. It seemed to like those...

Email ThisBlogThis!Share to TwitterShare to FacebookShare to Pinterest
Labels: Eldar, Goodness only knows