I was looking at the shelf - well, cupboard - of unpainted miniatures, and I stumbled upon an old Chaos Juggernaut. It's not a great miniature (although it's a hell of a lot better than the previous version) but it's got a certain chunky charm. I thought it would work best as a fantasy miniature, so I based it on one of the Mantic dungeon bases that I'd got for Frostheim (or Mordgrave). 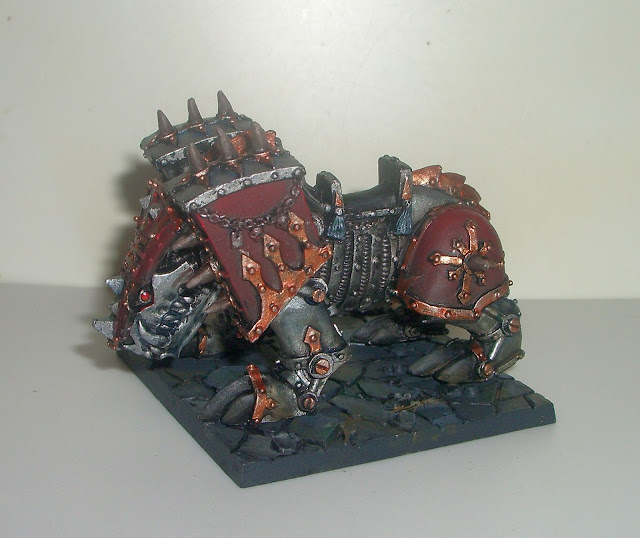 The metal was painted with shades of dark tone and black contrast paint. The red was mixed with a dark brown and shaded up towards the top of the armour plates. 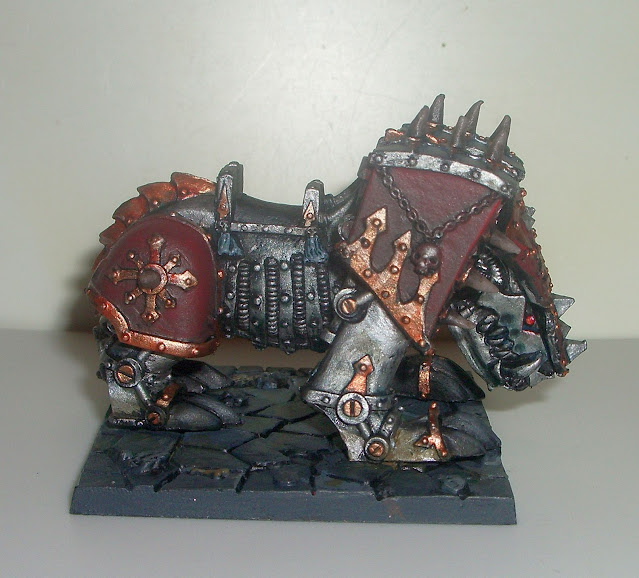 I don't think there's much more to say about this model. I like it and it was fun to paint. Perhaps it's an animated statue, or a steed for someone. I don't have a rider, so at present, he's just wandering free. 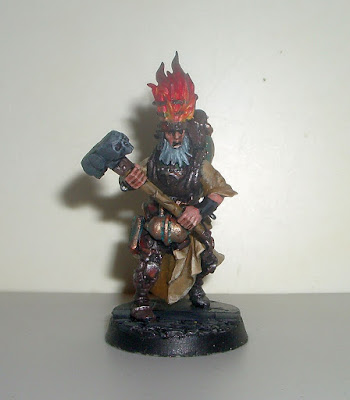 Next is - well, it's a bloke with a big hammer whose head is on fire. I had some models left over from a set for the game Wrath of Kings, and decided to use one of the bodies for this guy. His body, legs and weird mechanical apparatus are from Wrath of Kings, while his head and arms come from the Empire Flagellant set. The skull-faced hammer-head was a random bit I had lying in my bits box. 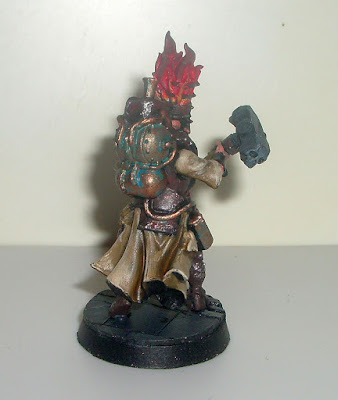 I used to have that Juggernaut some twenty years ago. Yours looks so much better. Great job. Love those oxidation effects on the metals!

Thanks - he was good fun to paint. The metals are just washed, but it seems to have come out quite well. I ended up liking the model a lot more than I'd expected!

I tried to use that technical wash several times. I always fail.

Nihilakh Oxide is a great technical paint but you have to apply it sparingly, and then wipe most of it off. Great work again Toby, you must have quote an eclectic mix of models for Frostheim / Mordgrave now.

Yes, I've got several warbands and a lot of random monsters now. It's that sort of game, which gives it a nice variety. I've thought about getting into Rangers of Shadowdeep, which requires similar figures, so it's useful to have a variety. And I've still got loads to do...