Here's the second conversion of one of the ogres from the Blood Bowl team. This guy was running forward, presumably to punt the ball. I really liked the dynamic pose, and wondered about making him into a Bioshock-style crudely-doctored mutant. But I felt a bit tired of that look and thought that he'd be good as a great big ork.

So, with some ork bits and a lot of plasticard, I made this: 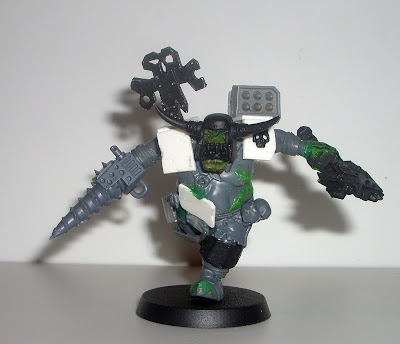 And then he got some paint. 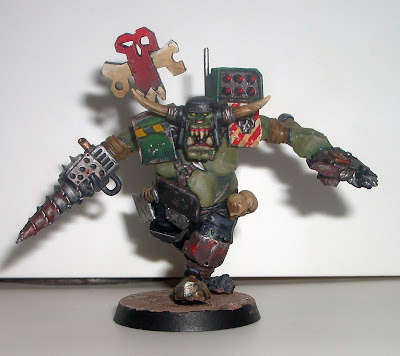 This was one of those rare moments when I thought quite carefully about the painting and converting. I didn't want to spoil the sense of forward movement, and I was careful not to make him lopsided when adding weapons and gear. When I painted him, I did the stripes on his armour to be painting towards his face, so that his tiny eyes and big mouth remain a focal point.
I think he's still got that feeling of movement: 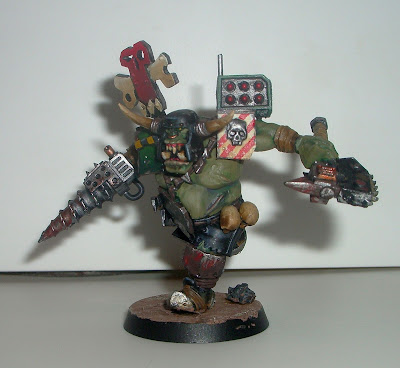 Gruk Mansmasher is a minor ork warlord of the goff clan. He first came to prominence during a Tau-eating contest in the Agon'Va system, and later put his substantial bulk to good use when he belly-flopped the Nurgle champion Spotticus, causing him to pop. Since then, Gruk has made mincemeat of many enemies and has personally pledged to devour every pie in the Imperium.