Frequent readers of this blog (hello to you both) will know that I've been trying to get though the huge heap of unpainted metal and unfinished conversions that I've had knocking about for ages. A long time ago, I tried to make an LRDG-type truck for some orks, but it didn't go very well, and I still had the rear of the truck lying around. I also had the cab of a Sentinel (Sentinel legs are really useful, the cabs less so) and some battlewagon tracks that I picked up in a very battered state (them, not me) at a wargames fair.

I found that the three elements fitted together surprisingly well. 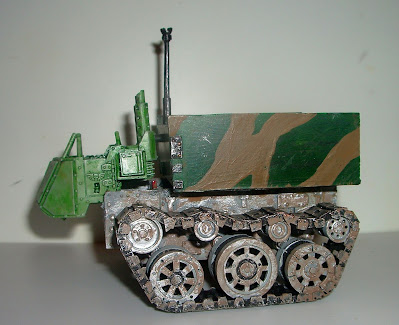 The roof of the cab was an absolute pig to build, as I wanted to fill it in with plasticard. It took a lot of patience and fiddly bits of card, but I finally managed to build a new roof for the cab. It was then a matter of adding lots of random detail, most of it either made from thin plasticard or taken from an Airfix Tiger tank that I bought about 15 years ago and have been slowly dismantling ever since. 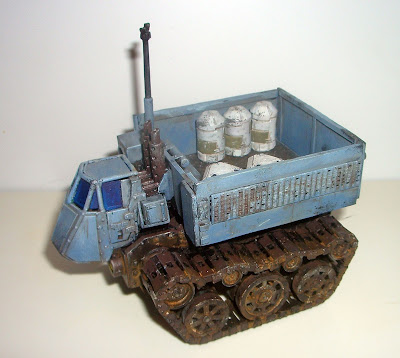 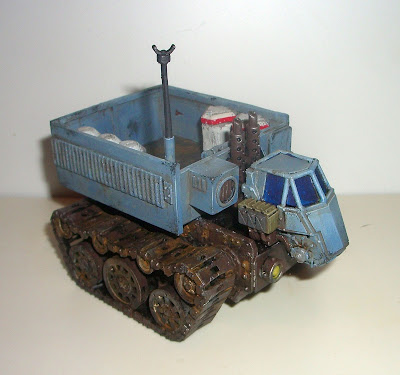 I felt that it needed some cargo, and so I used some plastic boxes I got in a Mantic sale ages ago. The weird boxy thing next to the cab is a resin aircon unit, which I imagine either keeps the cargo cold or provides air for the cab as it rolls across some strange alien world. 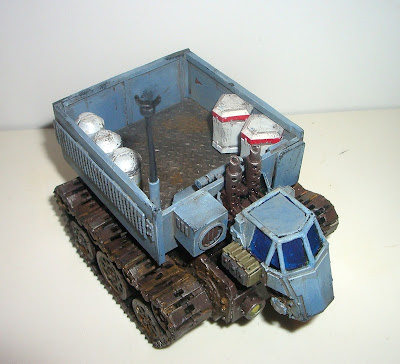 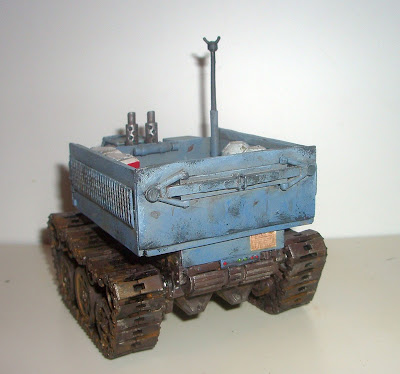 I did wonder about adding some hinges to the rear door, but I couldn't make them look convincing, so, for now, it's unhinged. 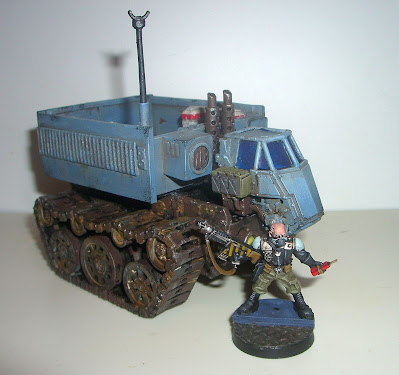 The Bison all-terrain carrier is one of the most successful vehicles to be produced on the Outer Rim. The sealed cab protects the driver from the hazards of semi-terraformed worlds, and the filtration system can process oxygen from low-yield atmospheres and store it in the integral tanks. Despite these innovations, the Bison's real strength is its ruggedness and ease of repair: some units have been in service for over a century, and a few were recently used as improvised armoured cars in the recent New Luton uprising. 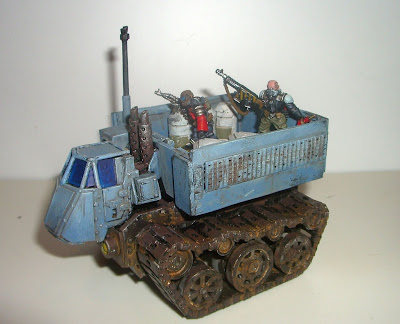 That's brilliant! It's very convincing as a coherent vehicle. The blue is ace too.

This truck is a damn cool build, has a very Aliens feel going on for it.

Cheers guys - it was partly inspired by reading the Alien roleplay book!

Great work as always Toby. I really like the blue rather than a camo or ‘traditional’ green to emphasise that it is a civilian vehicle.

What a sweet ride!