I've been quite busy this week with Important Author Stuff (ie getting drunk in a silly hat and desperately editing the next fantasy novel - although not both at once). However, I've been able to do a couple of models.

First up, another skaven from Clan Destyn. This model is unusual as (excluding the tails and the bell on his belt) he's green stuff from the waist down. I think robes rather suit skaven. He was originally holding a spear, but I cut it away and replaced it with an Empire musket. Putting it into his hand makes the gun look longer and more like a warplock jezzail. 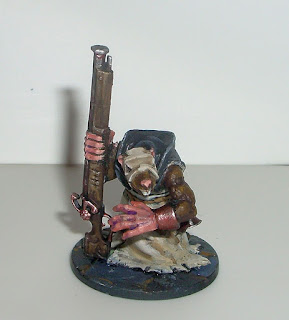 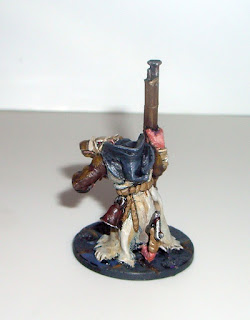 The only other thing I've managed to do is a little house for the Mordheim/Frostgrave table. It's based on two papier mache treasure chests that I bought in the local art shop, one on top of the other. Papier mache is light and fairly durable, and has a slightly rough finish that picks up washes and drybrushes nicely. 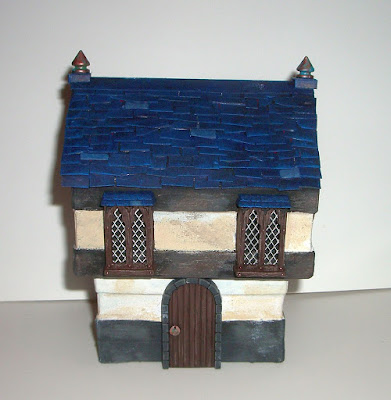 The door came from Mantic, and the windows were salvaged off an old Games Workshop kit. The leaded effect on the windows was done by sticking a piece of wire mesh to the back of each plastic window before attaching them to the front of the house. 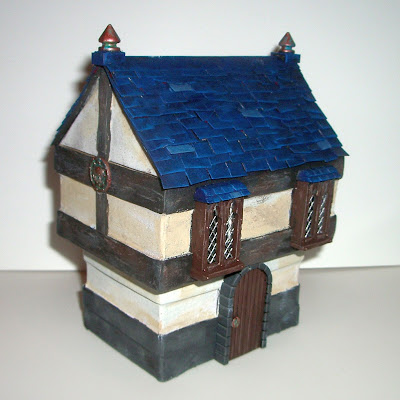 A couple of old shields were added to the ends to make it more interesting to look at and a bit more "Warhammery". They're old orc and goblin shields, but back in the old days, the sun and moon symbols were used by the Empire too, so that's ok by me. 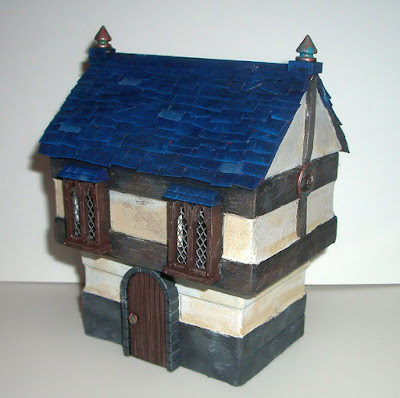 It's fairly simple, really, but I think it comes together quite nicely. I do occasionally think about doing making scenery that's more "fantasy", but I prefer these wonky houses to gates of fire and pools of blood. Ultimately, I think of Mordgrave/Frostheim as something like this: 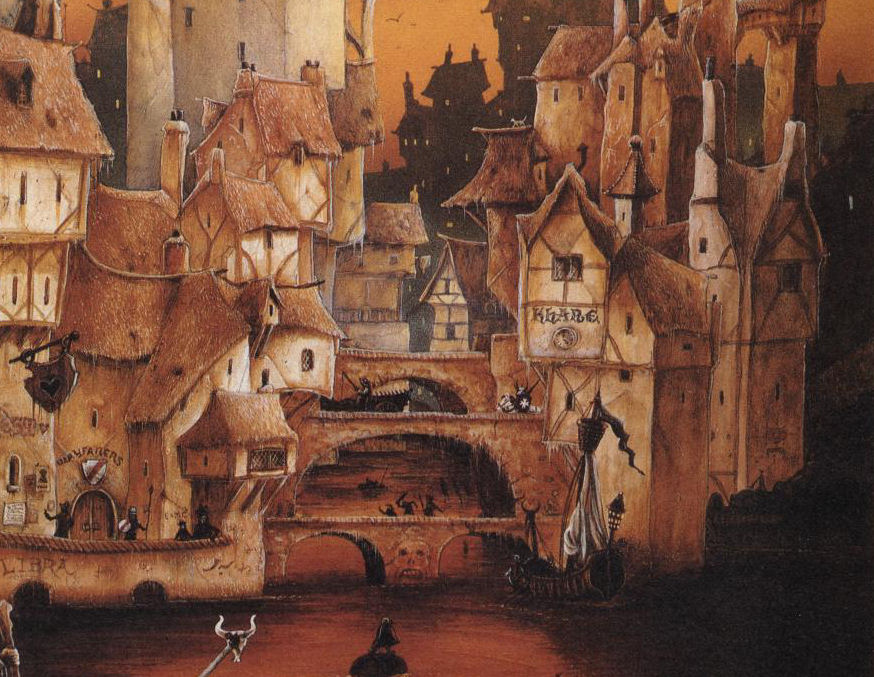 I mean, who wouldn't want to live in a heap of squalor like that?
Posted by Toby at 14:44