Who Lives In A House Like This? Skaven, That's Who

Skaven are weeny, aren't they? I'd always assumed that they were people-sized, but from the models I've ended up with, they seem to be more like goblins. I was given two old Mordheim metal skaven, and I had a go at painting them. Compared to the plastic gutter runners, they're much better models, but the detail on them is almost too good, and it was very hard to make a decent job of them. I didn't do any conversions, just painted them up as they came. 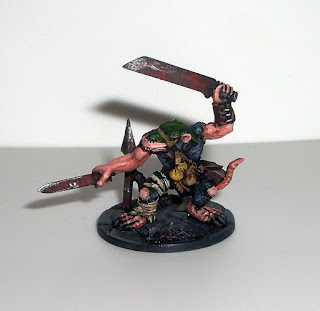 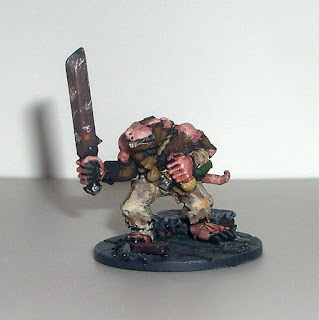 That takes me to a "grand" total of seven skaven. The horde grows!

I also bought another building from Fair Price Models on Ebay. I've found their kits, whilst very simple, really nicely designed and easy to spruce up with extra details. This particular model was a ruined Tudor building - perfect for Mordheim. I added a roof from cardboard slates, and put some sand, gravel and bits of balsa on the ground floor to represent debris from the collapsed building. Of course, if this was realistic, then the ground floor would be piled high with broken wood and plaster, but I need to get miniatures inside, so I compromised. 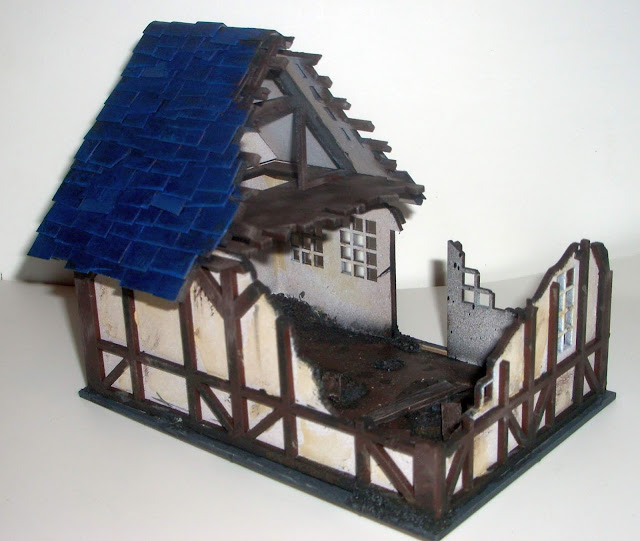 I also added a resin barrel from a game called Sphere Wars (whatever that is). Sphere Wars has some really nice models, but the barrels and chests that came with them are terrible. Anyway, it's not too visible, and adds to the decrepit atmosphere. 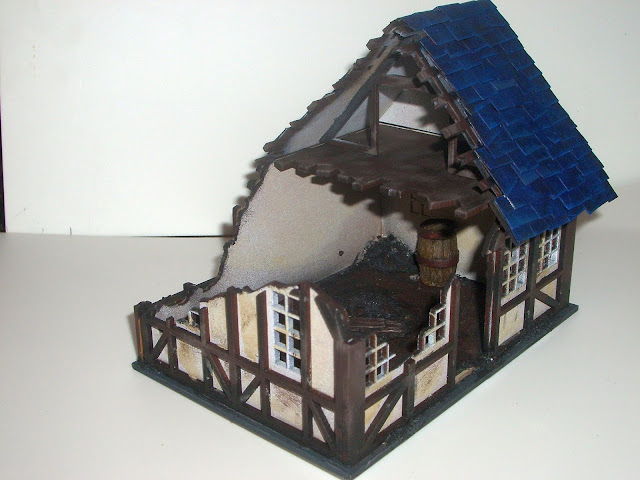 I really must stop making little houses.
Posted by Toby at 15:08