In keeping with the skaven warband, I've been making a rat ogre. I got hold of a screaming bell kit from ebay, which comes with a rat ogre whose job it is to tug the chain that causes the bell to ring. The only problem is that he's in a really odd position.


So, I needed to tilt him somewhat so that he wasn't kneeling down and shaking his fist at the sky. I used a lot of green stuff and some metal feet I'd had lying around in the bits box to make him stand up. His legs are rather weeny, but maybe he's been bred a bit small to slip through the alleyways. Or Clan Destyn got him cheap. 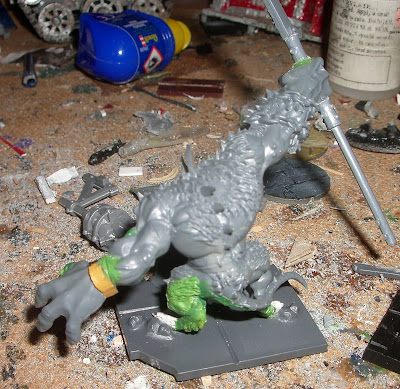 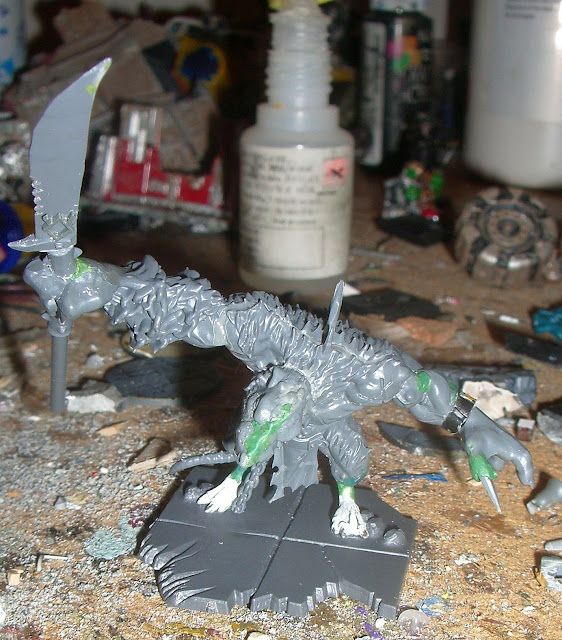 I gave him a new left hand, which I seemed to have got off a giant kit (despite owning none of the rest of the kit) and a halberd made of an ogre banner pole and an ogre sword cut to resemble the ones used by skaven stormvermin. I'm not sure where his base came from: I think it might be from some very old terrain piece. I don't own anything that goes with it, at any rate.

Here he is with some paint: 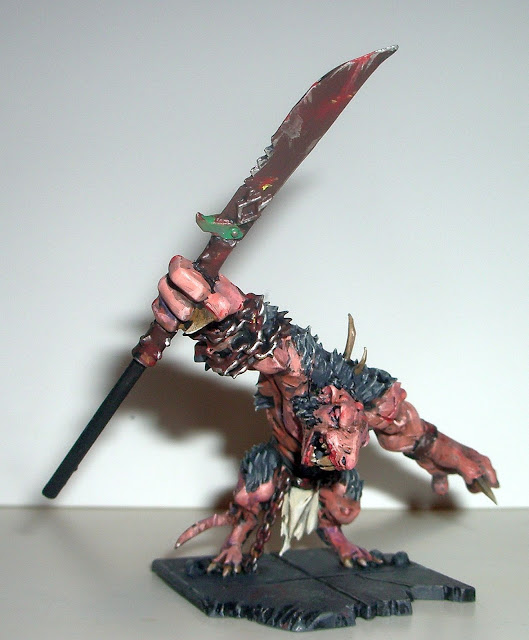 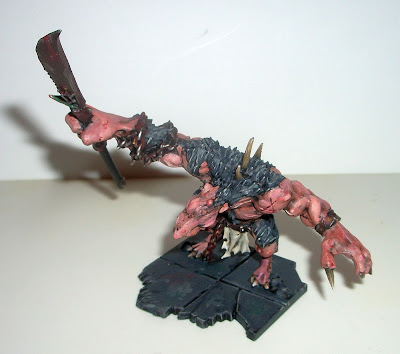 His proportions are crazy (I rather prefer the older rat ogres that just looked like scaled-up skaven) but it all just about works, I think. Not that you get rat ogres in Frostgrave, or skaven for that matter...
Posted by Toby at 10:28