But the time comes to put such childish things aside, or at least stick plasticard to them. So, having lost the roof bit of the car about a decade ago, I got to work on the chassis, as we grownups call the lower half. 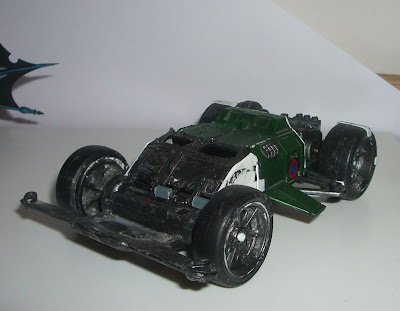 The superstructure was made out of a side panel from an ork truck, some plasticard and the mid-section of a 40k land speeder (I never liked those things). Then it got an intake for the engine made from some Dark Eldar bit or other, and detailing with headphone wire, plastic rods and plasticard, not least to stop the tyres from falling apart. 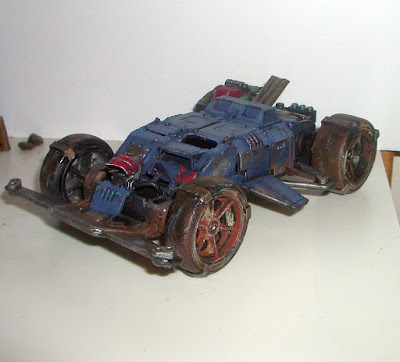 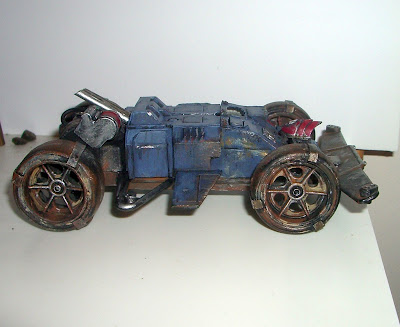 It doesn't really have a function, but I think it will look good as a prop for Necromunda. I can see it driving across the ash wastes - hence the dirty wheels. As time's gone on, I've found that I prefer making these improvised machines and random fighters rather than tanks and uniformed soldiers.


In the meantime, I have bought two plastic Khador robots for the game Warmachine. They were cheap and will be a good starting-point for more conversions. That said, they haven't arrived yet and I ordered them ages ago. Where are my plastic robots? I shouldn't have to take this nonsense - I'm a grown man, dammit. I want my plastic robots!

That'd fit right in on the outskirts of Helsreach I reckon Toby :)