Sir Vaylance the Vigilant is not the brightest man to ever put on a massive helmet and shout about honour, but he is very big and very keen. So keen, in fact, that he walked all the way to Frostgrave, having only remembered to bring his horse when it was much too late to go back and get it. Now he does battle on foot in the frozen streets, hoping to salvage enough money to buy himself a new steed, or perhaps capture something large enough to carry him - a woolly rhino, for instance. 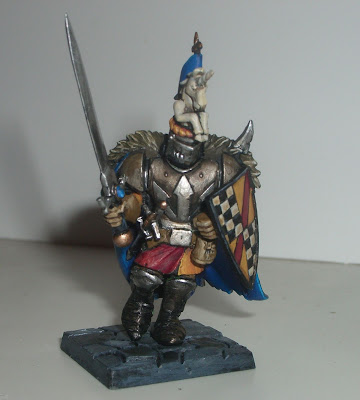 He was built out of a chaos warrior cloak, with a chaos knight's chestplate and legs from a 40k cultist, which were bulked out with Green Stuff. The shield and helmet came off Brettonian knights, and I think the sword is from an Empire wizard. 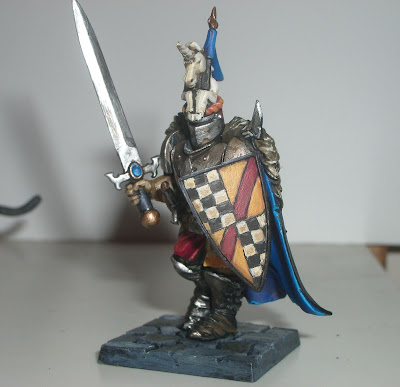 In retrospect, his shield could have been a bit tidier. I found the checks really hard to get right - and in the end, I probably didn't get them right at all. Alas - if I can't paint checks on things, how will I paint in a proper "White Dwarf cira 1990" style?

Anyhow, here is a picture of our team so far, looking only slightly like Monty Python characters. 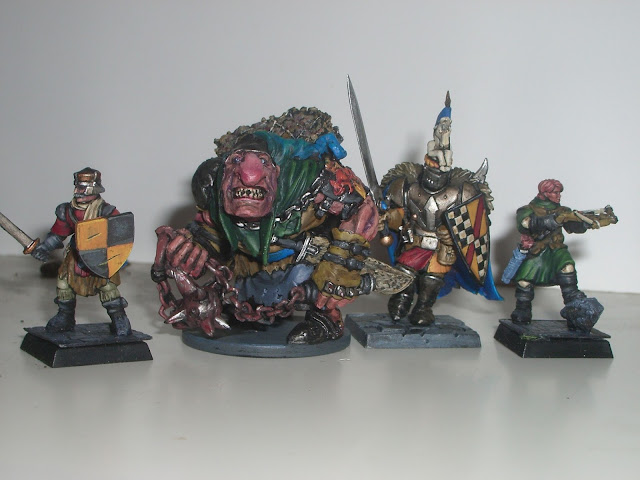