Magical Venice is a dangerous place. As well as violent criminals, deranged aristocrats and hungry fishmen, there are vampires and their minions. I painted up four of the vampires as the start of a new gang. I've had most of the models for a very long time.

This is a "standard" vampire. She's a really nice model. For the reddish-purple of the dress, I used a black undercoat and successive thin layers of a Privateer Press paint called Malevolent Magenta (seriously). For the very top highlight, I mixed a little red into the colour. I'm not sure what the model is doing: perhaps shrugging.

Next up is a human minion called a thrall, who the vampires can drain for additional hit points in the game. This one has a crossbow for a bit of ranged support. 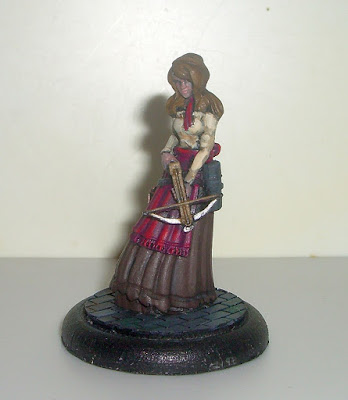 Like all the others, she has rather unwholesome, sickly skin. I mixed a medium-level grey into the base flesh colour, and added a lighter flesh tone for highlighting.

The next model is one of the three brides of Dracula. In Carnivale's background, the three brides explored the world, learning magic from different places, and this is the one who went to the mysterious East. She's called Miriam, which doesn't really suggest being a vampire or from the East, but what the heck. She's equipped for combat with, er, a robe that she's only just wearing and some flip flops. 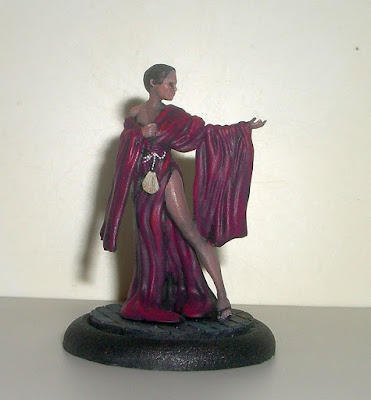 And finally, I painted one of the very old metal models left over from when Carnivale was owned by Vesper-On games (the others are resin). This little guy (at least compared to the others) is a Newborn Strigoi, a vampire who has only recently turned undead and has gone somewhat feral. It's a nice sculpt, but was hard to assemble and paint. He should provide some additional cheap punch to the gang. 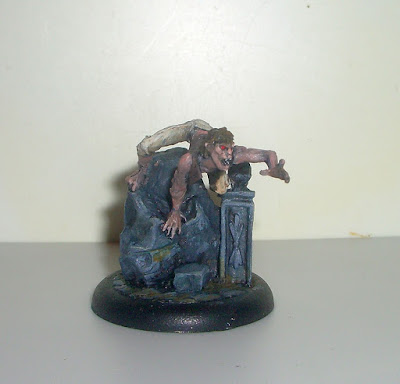 So that's where we are with the Venetian vampires. More to follow soon!

Nice ones! The last mini reminds me so much of the GW Gollum. They all look menacing, each one in their own way

Thanks Suber! Now you mention it, he does look like Gollum. Almost all the Carnevale models are really good sculpts. I like the way they're sinister but not too over the top.