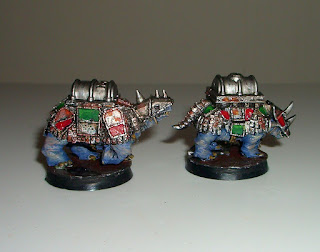 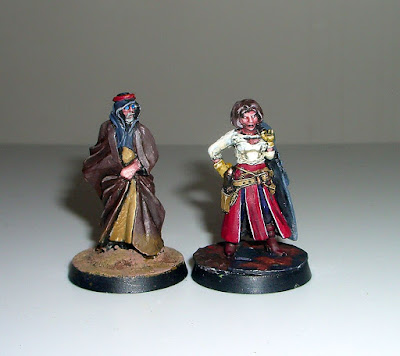 The sheik was a model from the Spectre line. He was, unsurprisingly, a sheik. I made his hand a bit bigger to keep with the proportions of the other citizens. Madam Coleslaw started off as a Privateer Press miniature called Dannon Blythe. I repositioned her left arm so that she would have her hand on her hip. It was originally holding a sword on her shoulder, which was a bit medieval for my tastes. It's hard to see, but she is holding a coat over her shoulder. I really like the sculpting and the nonchalant style of the model.
Posted by Toby at 13:46

Great work on the characters and their bio's are fantastic!

I must say that The Pincers of Death has kept me most entertained too! Keep up the good work!