Home On The Strange: Weird Riders

A lot of the time, I'm making models for a specific army project: at the moment, Chaos and Tau. But every so often, it's a matter of looking at the bits boxes and thinking "What would be fun to make now?"

This was definitely one of those moments. I'd had some steeds of Slaanesh knocking around for a while, and, while I like the models, I'm less keen on the daemonettes that ride them. So, I decided to use the steeds as the riding-beasts of some other models, in some kind of weird science-fiction way.

The first step was to carefully de-boob the steeds. I cut their tongues off too: too many Warhammer monsters have their tongues out. Otherwise, they were put together as usual.

I made two riders. The first had the legs of an eldar guardian (not much else would fit around the steed's body!) and the upper body of a long-trashed Mordheim soldier. The arms came from a Skitarri ranger (I really wanted the ornate scrollwork on the gun), and the head was from an old Warlord Games Russian soldier.

The second rider would be a robot, slightly like IG-11 from The Mandalorian TV show. His lower body came from Necron parts: specifically, the broken necrons on the Ghost Ark. I got them ages ago in a sale of other bits, and at last I've found a use for them! 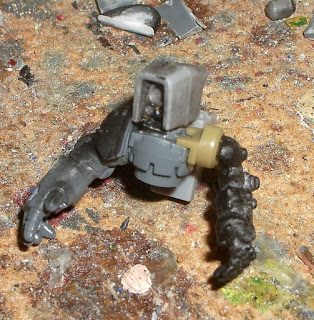 His upper body was all kinds of stuff. The arms came from an Imperial Guard stormtrooper and an old Eldar; the head was some sort of Tau device, and I've no idea what the chest and backpack were. With the help of a wheel from a 10mm tank, they looked reasonable, as if he'd been in a few fights and done a few repairs to himself. 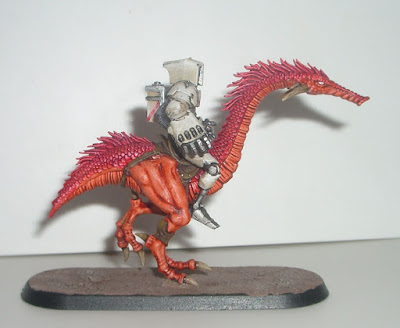 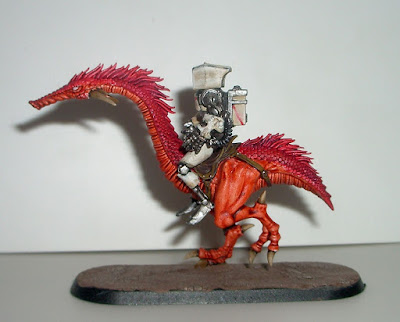 The paint scheme was very much inspired by the pictures of Moebius, who I've mentioned before (HERE). I used bright orange and red contrast paint on the steeds to distance them from the usual pink and purple of Slaanesh, and used blue, white and purple normal paint on the riders, along with some fading. They're weird, but I like them! 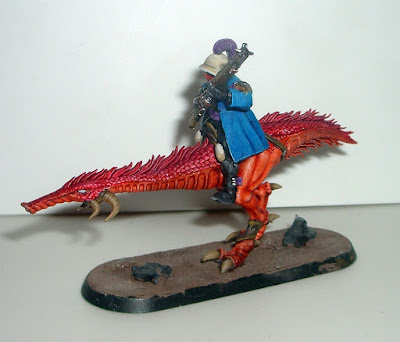 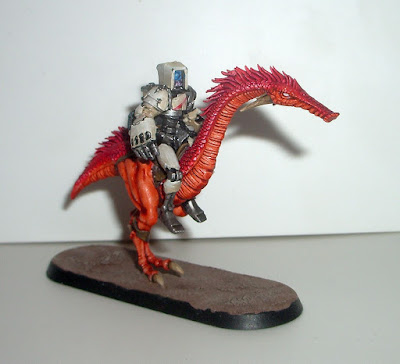 Email ThisBlogThis!Share to TwitterShare to FacebookShare to Pinterest
Labels: Animals, Chaos, Goodness only knows, In the style of, Robots

So glad you did this, because these guys are great! I love seeing conversions like this, and 1000% agree filing off the tongue and other parts was the way to go.

Ohhh! I love them! I was to point out the Moebius vibe and then I saw you mentioned it, it's sooo great!!

Glad you like them! I've got another one planned now!