This week I repainted an old model that I've had since I was 15, when my friend Tim gave it to me (thanks Tim). It's another of the Heroes For Dungeonquest miniatures (I'd really like to get all of these one day) called Serelia of Zimmendell. I really like this model. It's sculpted in a pretty old-fashioned style, but I really like the dragon curled around her legs and the way that she's looking into a crystal ball. I've painted her twice before, and I'll probably end up doing it again one day! 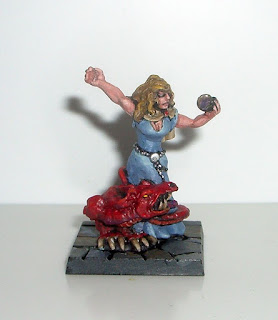 Also, I made three wells that came free with the Carnivale kickstarter. They're made of MDF with greyboard details. I don't usually like greyboard, as it feels a bit flimsy and is slightly nasty to the touch (not sure why, though, as it's basically card). However, these went together easily and have good details.

The only problem was that I lost a couple of side pieces from one of them, so I improvised and made it into a ruined well. I used bits of cork for the rubble. 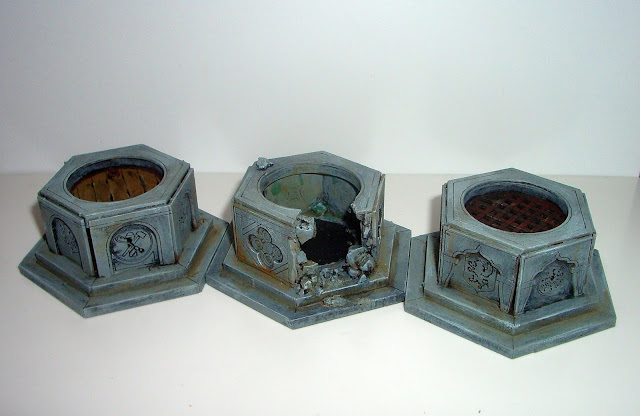 A lovely model, I can totally see why you keep on repainting her.

Thanks - some of those old models have real charm.