Last year, I was looking for one-player games, and I bought a copy of Blackstone Fortress off ebay (minus the miniatures, which I could proxy from my own collection of random space people). I later decided that I'd wasted my money, but in the current circumstances it has come to seem like a pretty good use of £20. The pictures throughout this post are from my collection of models that I've been using as proxies.

Blackstone Fortress is a strange game: it's like a skirmish wargame pretending to be a dungeon crawler. You control a group of four explorers, who are looking for treasure in a space station. In the process, they fight villains and gain items. What it isn't, however, is a literal mapping-out of the floorplan of the station like, say, Advanced Heroquest. Instead, the overall story is described by cards, which consist of either a "challenge" (this usually involves rolling dice to avoid taking damage) or a "combat", where you set out a network of floor tiles as required and fight your way through a horde of baddies to the turbo-lift on the other side. As such, there isn't the same feeling of moving forward and discovering what the next room is like, which I find a bit unsatisfying. 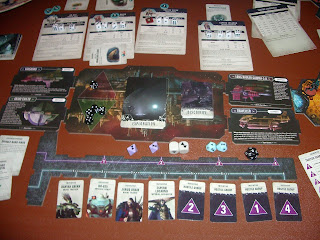 The mechanism by which the characters move and fight in the combat sections isn't anything like that in GW's big games. Instead, it's about expending dice to do things. You roll the dice at the start of each turn, and the things you can do depend on the numbers rolled (there's also a pool of spare dice that everyone can use). So it's about managing your resources of dice to make the most out of your characters' skills. As you might expect, some characters are tough and deadly, others are more about defending and assisting than actually fighting, and some do crafty things that tweak the rules involving turn order, and so on. As characters take damage, they lose dice, and so a character who loses two wounds will lose two dice. In other words, they start off quite good, and if they get hurt, they become a liability very quickly.

.
Blackstone Fortress is, I think, a reasonably hard game, and wouldn't be easier with more players. It works fine once you've got the hang of the rules, but they aren't very well laid out: what it lacks is a strong, immediate sense of what we're doing and why. I was two missions in before I realised that one of the key aims was to pick up the deployment markers in each combat zone.


My little team (chosen solely because they resemble the main characters from the Space Captain Smith books) has done reasonably well so far. But it doesn't feel as if they'll get much better. It'll be interesting to see how they fare in future expeditions. £20 well spent, I think. 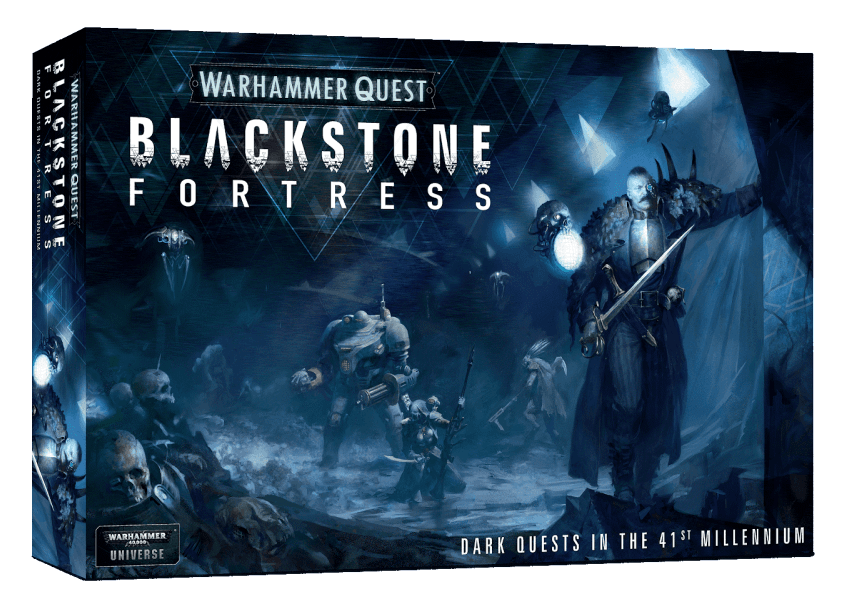