Being stuck here under the ongoing quarantine, I've managed to start some projects that I've had lying around for a long time. Years ago, a friend in the US sent me some random pieces that I could use for conversions. Among them was a spider-shaped robot, which I think is a Russian toy called something like Robo-Clix. I had the body of a Mephitic Blightcrawler lying around, and I thought it would be "nice" to combine the two. 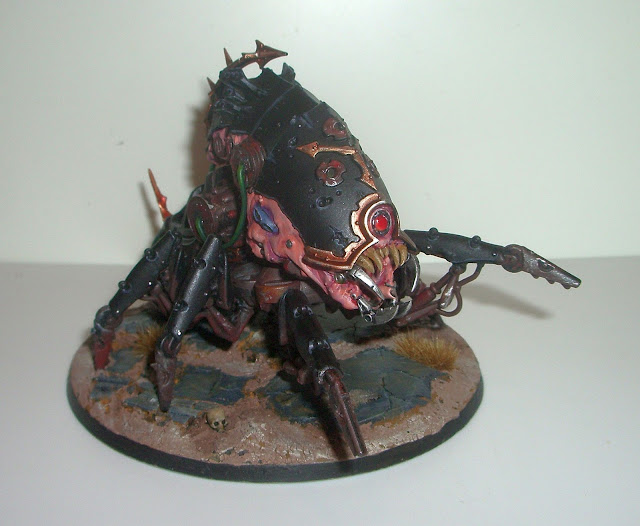 I mounted this thing on a resin base that I got for a few pounds off ebay. I don't usually go for skulls on bases, but I added one to give the machine a sense of scale. I used some garden wire to connect the two halves of the model - presumably pipes that supply it with unnatural nutrients. 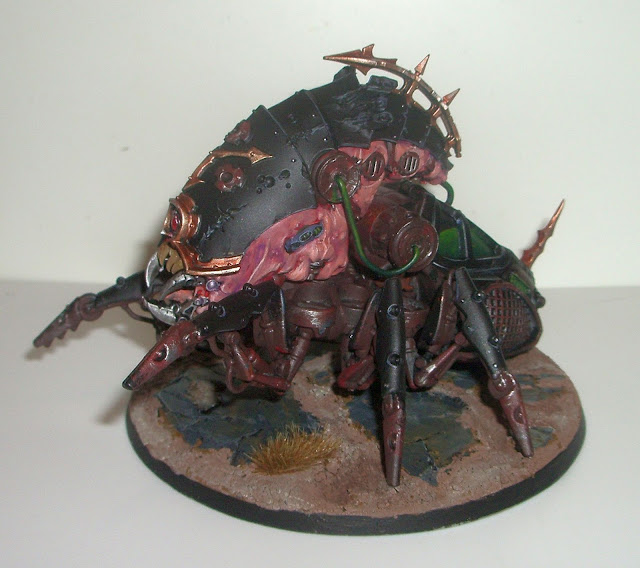 The cockpit of the toy part became a tank of foul gunk: after all, it started gross, and might as well get grosser. I painted the flesh using a red undercoat and purple washes, for additional unwholesomeness. The armour will fit in with my not-Black-Legion colour scheme. Here is the creature's enthusiastic face, full of glee about... doing something nasty. 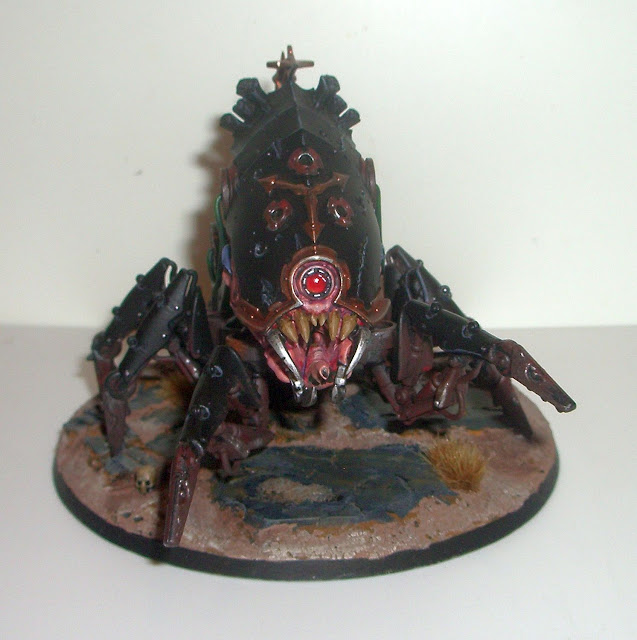 As luck would have it, the new chaos codex (the one they released about two days after I bought the old codex) contains something called a Venomcrawler, which is basically an enormous robot spider. So this weird thing will be joining the ranks of the chaos horde. I'm sure they'll be delighted to have it there.
Posted by Toby at 03:35

I like it a lot. It's a lot more beetle like than a spider in my opinion but I think it's a great conversion.

Thanks - I see what you mean about the beetle. It was very satisfying to finally get round to making it after so long!