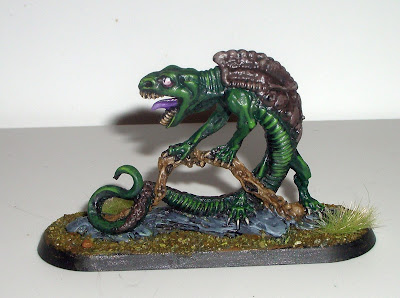 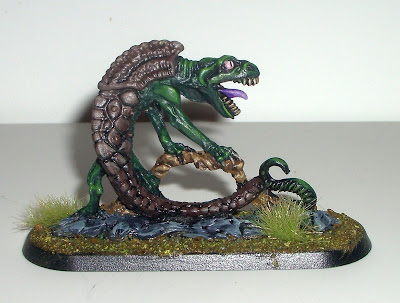 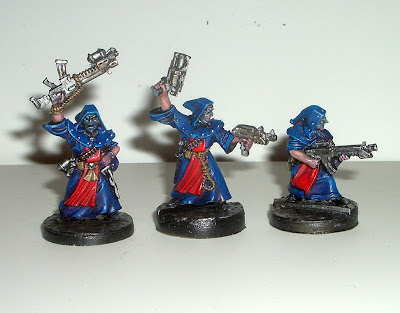 Sadly, the crappy protective spray has not been kind to these guys, so we'll just have to pretend that their robes are made out of silk. And their guns. And their skin.
Posted by Toby at 12:55

I love it! Veeeeeery old school and now with the great paintjob it deserves!

Probably the oldest model I've got! Thanks!

Get some cheap Testors Satin or Dull coat. You can respray the shiny Necromunda meanies with them.