Dwarfs in a Lightbox

I've often read that the easiest way to get decent pictures of miniatures is to photograph them in a lightbox.In keeping with this, I bought an extremely cheap collapsible lightbox from Singapore. I opened the box and followed the assembly instructions, which looked like this:

The answer is "dunno". I took a picture of one of my Mordheim/Frostgrave characters that I'd just finished with the lightbox. He's an old metal troll slayer. I tried to paint him in fairly subdued colours, but the lure of stripy trousers proved too much for me. 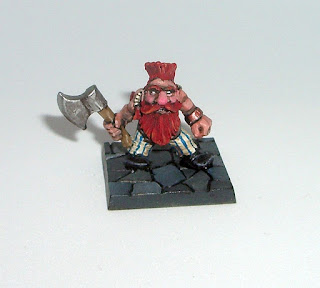 I also painted this guy. He's a dwarf adventurer, from the older range of models. There was a point in the 90s (during what's known as the Red Period) when the dwarfs became very dumpy and caricatured. I think the models from just before then are the best. This chap is full of cool details: he's got a spoon and a clay pipe in his hat, and he's putting some treasure into a sack. Just the kind of guy you'd need to help explore the ancient ruins! 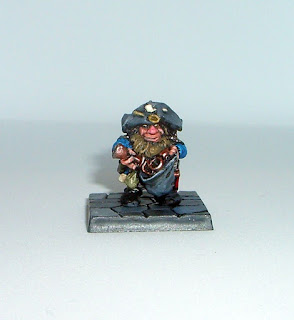