More About Me (only the good bits)

I started this blog in late April 2016, partly as something to do, and partly to encourage me to make an effort to get better at painting. Since then, I'm astonished to discover that it has had over 3,000 views. Someone clearly must have enjoyed it, or about 3,000 people had a quick look, thought it was bloody awful and never returned.

Mainly, I write books. I have written five novels about the adventures of Space Captain Smith, a brave and slightly hapless starship captain, and his ongoing mission to defeat the brutal tyranny of the giant space ants, halt the Divine Migration of the savage lemming men of Yullia, and talk to girls. The sixth installment, The Pincers of Death, will be out in September this year. 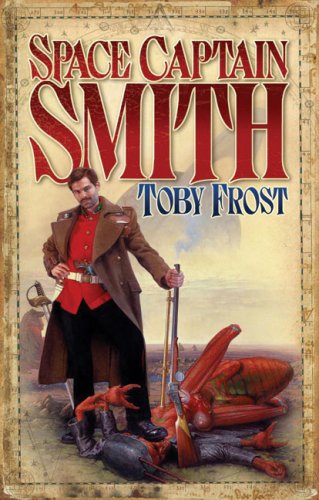 I also wrote a novel for Games Workshop's Black Library, about the infamously gung-ho Colonel Straken and his hard-bitten crew of Catachans. While not a comedy, it does contain huge amounts of orks and explosions, at least one insane preacher, and an actual fight on the back of an alien space dinosaur. Even White Dwarf mentioned that it had quite a lot of black humour.

More of that sort of thing here: https://www.amazon.co.uk/s/ref=nb_sb_noss?url=search-alias%3Dstripbooks&field-keywords=toby+frost

I am also half of the world's greatest podcast (results may vary). Together with my friend Owen, we form a superteam of unbridled power and witter brilliantly about books, films and games, right here: https://radiocharades.wordpress.com/ Imagine if Noel Coward and Oscar Wilde had a strange digital baby. That's what it's like, only better.

I do other things as well, except not quite as excitingly. Normal service will be resumed shortly.

Email ThisBlogThis!Share to TwitterShare to FacebookShare to Pinterest
Labels: Crazed Ravings of an Idiot, Steampunk