I recently got hold of the set of plastic chaos cultists that Games Workshop currently makes. I think they were originally created for a boxed game and are now sold separately. They're an odd set, as they don't fit with the actual rules for cultists: you get eight models instead of the minimum squad of ten, and one of them is wielding a grenade launcher, which you can't even take in a cultist squad.

Chaos cultists are an random bunch: they could look like anything, from nearly-naked mutants to robed monks or renegade soldiers. My mental image, at least in 40k, is of filthy, vicious mercenaries in stolen and customised uniforms, which GW did very well with the old plastic models that came with the Dark Vengeance boxed set. On the other hand, the current plastics are extremely good models, and I really enjoyed painting them. 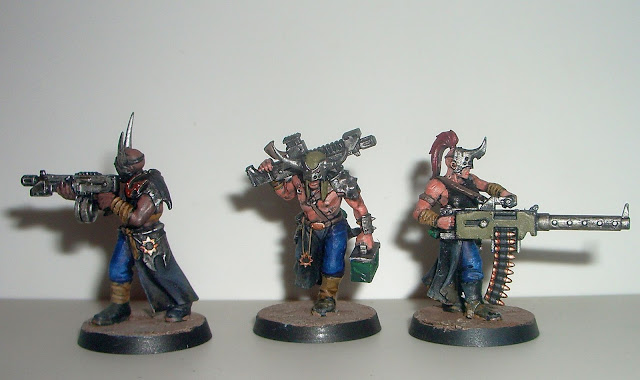 A particular favourite is the woman about to hurl a grenade in the centre below. The sculpting is excellent. 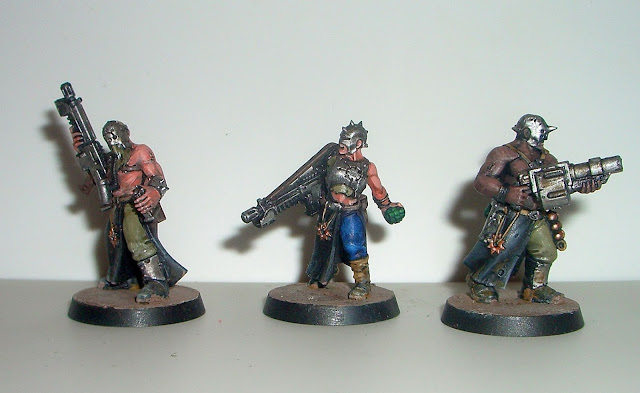 Given that some of the cultists are clearly women, this does raise the question of what happens to female cultists once they hit the glass (or ceramite) ceiling and can't be promoted any higher. Are they sacrificed to the chaos gods? Or maybe - 40k players of a sensitive disposition may want to look away now - the ultimate heresy is true, and some of the chaos space marines are actually girls.

Anyhow, I also painted up some very old metal sisters of battle, who definitely are girls. They're chunky models, and have that stocky, bulky quality of old lead sculpts. Given that, and given that they're required to haul enormous guns around, they're pretty reasonable miniatures, and will look fine with the rest of the tiny metal sisters. 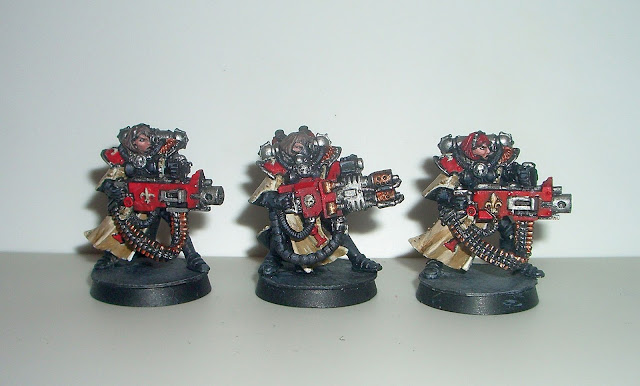 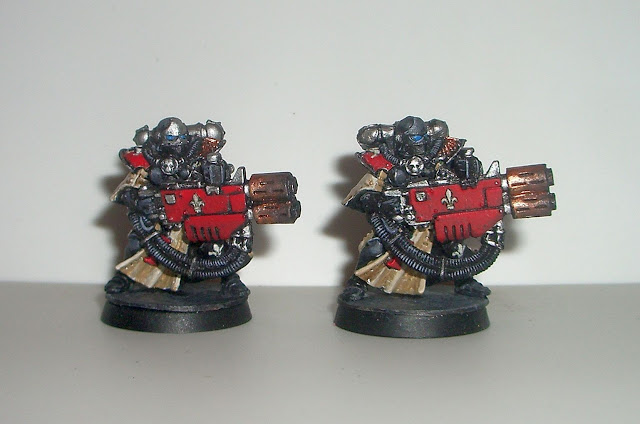 As it happened, one of the melta sisters was missing her backpack, so I was forced to improvise with green stuff, wire and bits of plastic rod. It's obvious which one is fake, but I don't think the stand-in is too bad. 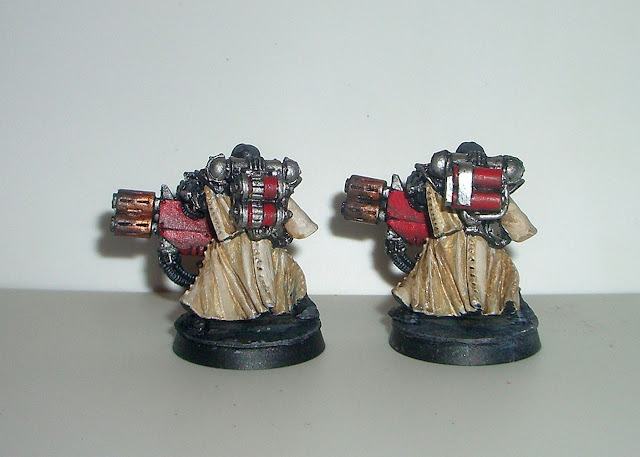 Email ThisBlogThis!Share to TwitterShare to FacebookShare to Pinterest
Labels: Chaos, Sisters of Battle