There's a line in the Chaos Marines codex to the effect that many chaos techmarines are little more than a brain in a robotic body. I reckon that the longer you stay in the service of the chaos gods, the more "upgrades" you end up getting, whether they're enhancements to your armour, things that grow out of you, or some really unpleasant mixture of the two. The longest-serving marines really wouldn't be much like people at all.

Anyhow, that ought to justify the randomness of the conversions I'll be passing off as terminators. I found a very old plastic terminator in a box of bits. It must have come from one of the boxed sets, because it was simpler in design than usual, with the whole body being one cast. I decided to deface it in the name of Chaos.

First, I cut the body off the legs. Then, the head was sliced off and replaced with what I think is a fantasy shoulder pad shaped like a skull. It fitted really well. Then the chest plate came off and was replaced with a standard chaos marine one. I thought that the head looked a bit over-large, so I put in a plasticard spacer to make the body a bit longer. 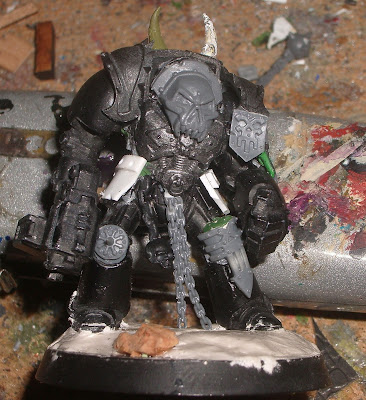 Various odds and ends were added to the arms and legs to make them look more chaos-worthy. The main addition was a pair of shoulder guards from an old chaos knight, which bulked out the shoulders quite a lot. This made the model's waist feel a bit thin, so I made some bigger hip-protectors out of plasticard and used them to thicken the waist.

Then it was painting time. First off, the chap with horns: 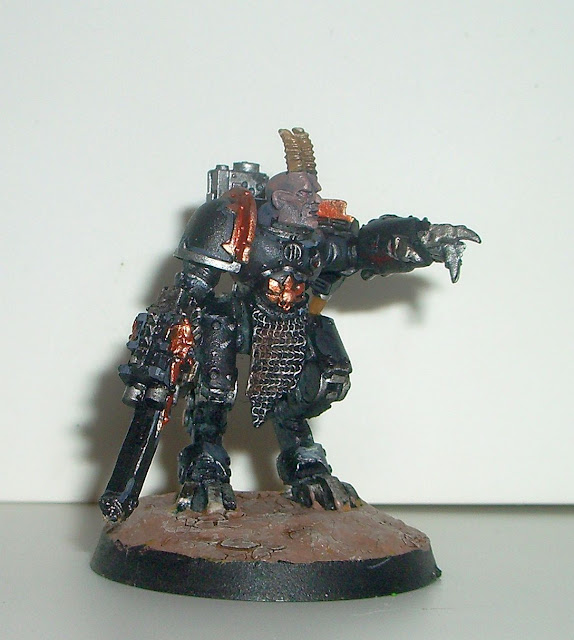 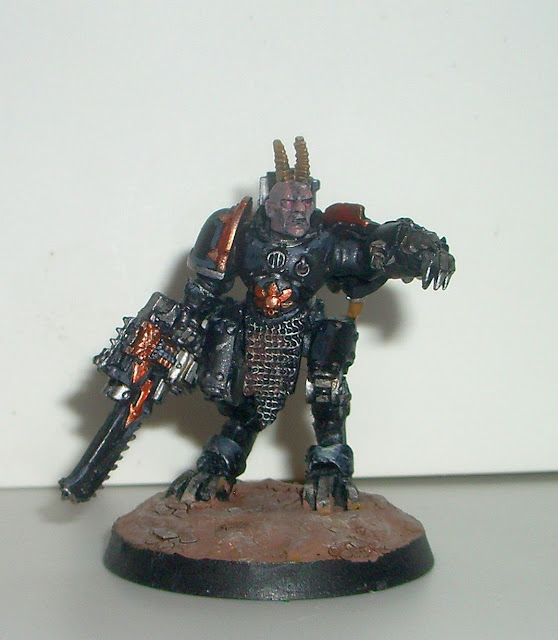 Then the guy with the huge lightning claws: 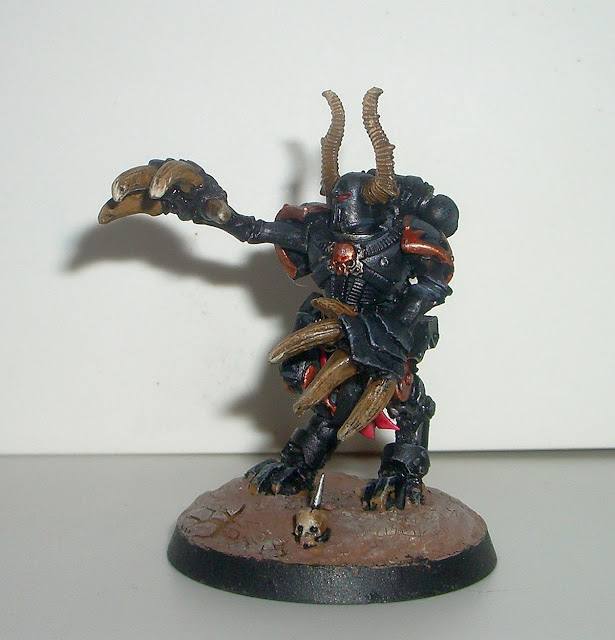 And then the bloke with the spear: 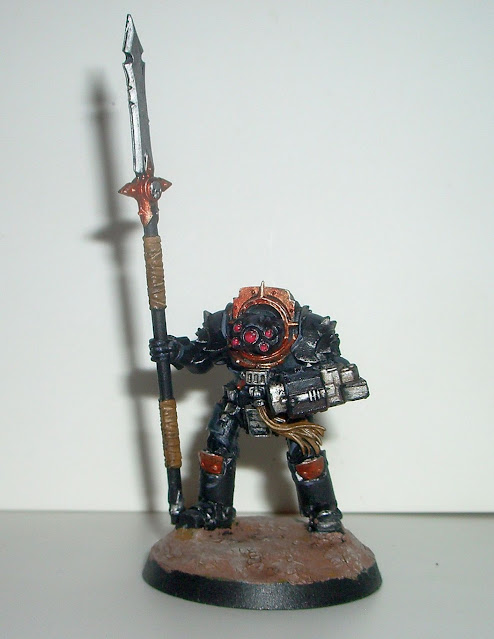 Finally, here's the one that I converted earlier: 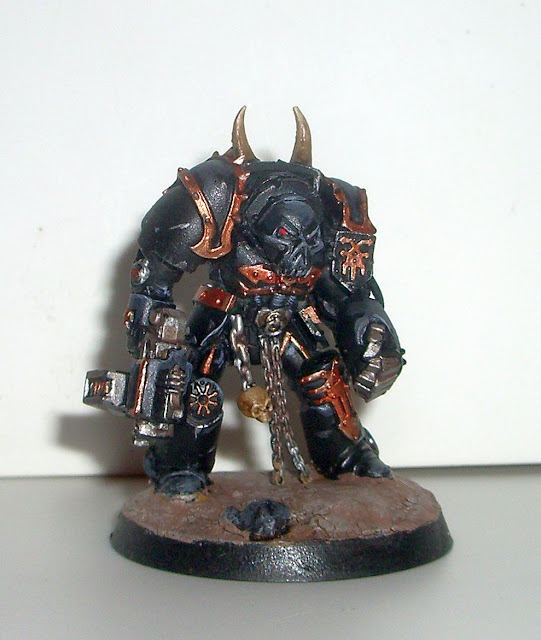 And that's all of them! Here's a slightly ropey group photo, along with the guy they're supposed to be protecting.

This last conversion is a true winner! I had never thought of that! Wow, I love it!

Thanks! The last guy was one of those moments where you start gluing more bits on and can't quite stop!

You are gathering a truely unique force there!