In my continual quest to attack and dethrone the Emperor (or at least to pull his wires out), I decided to make a few more chaos marines. Purely at random, I picked up the upper body of an old plastic champion and held it up to a pair of resin robot legs from Ramshackle Games. They fitted together surprisingly well. Hmm. Two drinks later, and I was assembling this guy properly.

Some years ago, Ramshackle sent me a load of robot legs with an order I made. I've never worked out whether they intended to, but I've always wondered what to use the legs for. They're bigger than human legs, but they could work for a slimmer-than-usual terminator or something like that. I tried to assemble something roughly like the GW terminators (or at least about the same size) with the resin legs and various chaos bits (I'm trying to buy less stuff at the moment, and to use what I've already got).

The first chap uses the upper body and power fist arm of an old plastic champion. I replaced his pistol with a big metal combi-gun that I'd had lying around for ages, and gave him a horned head. I really like the pointing power fist. 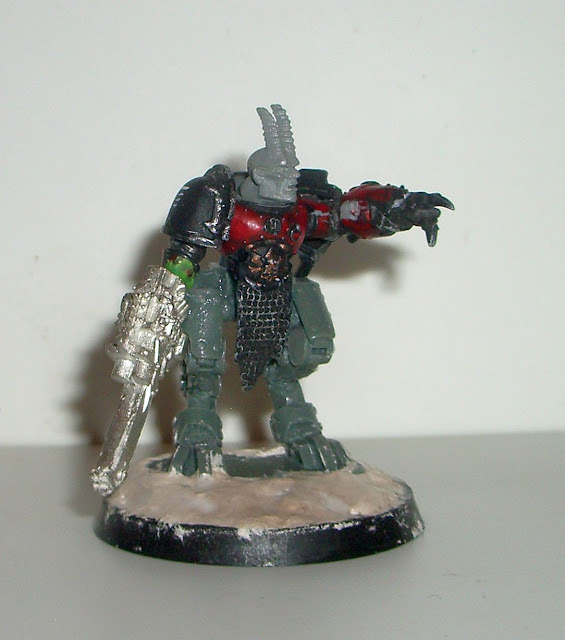 The second model has an upper body from the newer plastic marines, with resin legs and a head from some fantasy chaos knights. The arms were from a very old and not-very-good metal tyranid model, which I happened to find online. They're ridiculous but also sort-of cool. I reckon that he's armed with two lightning claws - given how he looks, I don't think there's any other option! 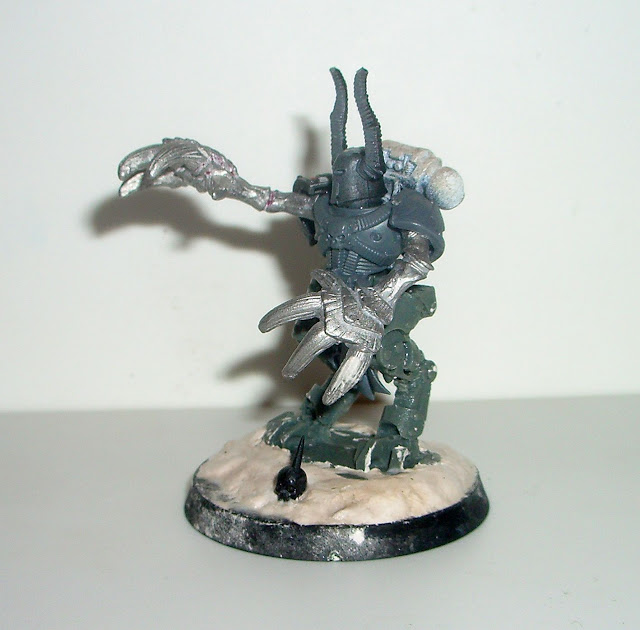 Our third guy has more humanoid Ramshackle legs. His body is actually a proper chaos terminator chest plate. His head was some kind of sensor from the Gates of Antares game, and his arms came from chaos knights. His gun was left over from the Tzeentch dreadnought I made last month.

I like the long, impractical spear. The legs are slightly longer than standard terminator legs, and more spindly. There's something subtly weird about them. I added a random tassle to his waist, which served to tie the legs to the body a bit more, both visually and literally, as they helped glue the halves together. 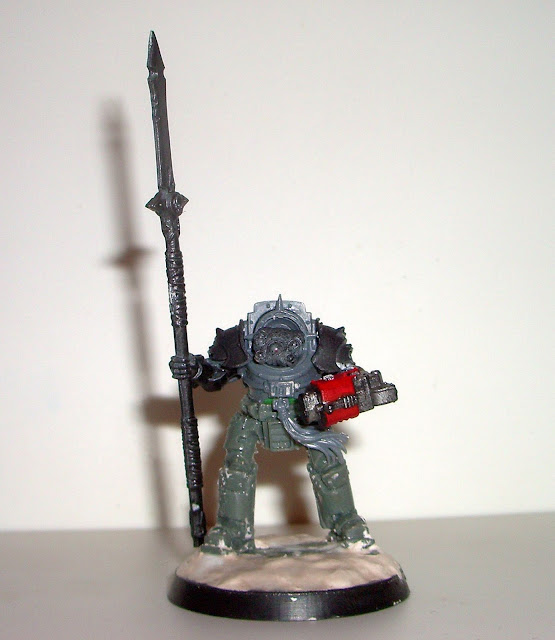 So there we go! They were one of those late-night "what if" projects, and they've come together quite well. I need to paint them up now: they'll be in the usual semi-Black Legion scheme, which should tie them together. I'm tempted to give them a bit of an Oldhammer feel, if possible.

Your conversions are usually inspiring, but all your recent works are specially impressive. I love the way you assembled these, they all look great.

Great conversions! While the legs are a little big, I think they give them that terminator feel for sure. I'm excited to see them all painted up.