For a while, I've thought that it would be nice for the ork commandos to have a regimental mascot. Given the WW2 feel of the commandos, it seemed appropriate for their mascot to be some kind of huge alien bulldog. Of course, orks look slightly like manky old dogs as it is, so something like that would fit right in.

Surprisingly, I couldn't quite find the right model for it. Some of GW's squigs get close, but they only have two legs, and the shape isn't quite right. So, instead I decided to have a go at sculpting my own.

I had some spare metal legs from a Hasslefree kit. Once cut down and repositioned slightly, they'd look suitably muscular, especially since the front legs were much bulkier than the back ones. I made a frame out of old sprue and stuck the legs to it and to a base. 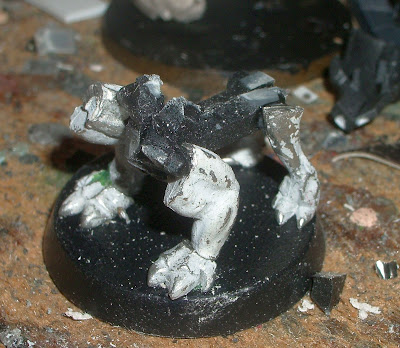 Then I added some Das clay to make a basic body shape. As usual with this stuff, once it had dried I gave it a coat of thinned-down PVA glue, to seal it and make it a bit more durable. 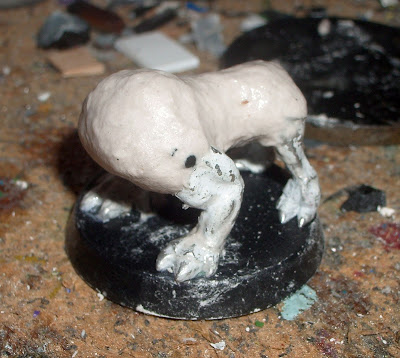 I had a couple of small, dried balls of green stuff, left over from other projects. They made a good base for the head. Then it was time to find a couple of pictures of bulldogs and try to sculpt a head. Some spikes from a chaos sprue and a bit of wire covered in green stuff added detail. 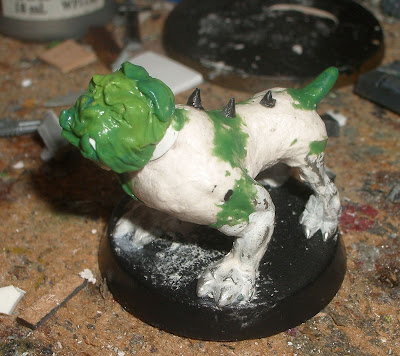 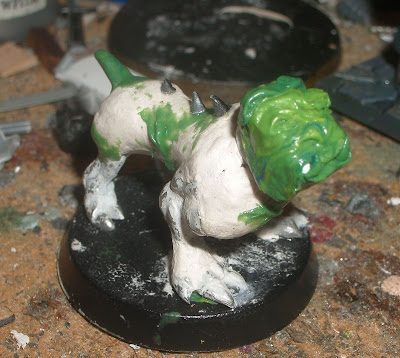 I added a collar with thin plasticard and a length of chain from my useful bag of chaos bits. Finally, it was time to paint him. I decided not to go for the usual squig-red colour, as it wouldn't fit in with the rest of the unit well. Instead, I went for the same green as the other orks: Vallejo Russian Uniform shaded up with flesh colours. 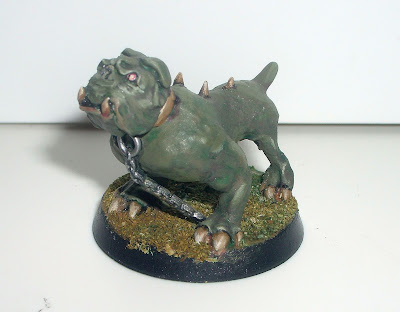 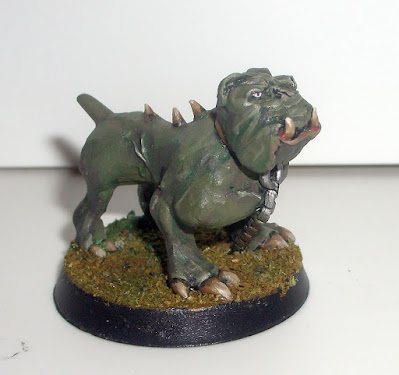 Every unit needs its mascot, and Da Glory Boyz have Grub. Grub is a fierce fighter and skilled tracker, and his Commissar-eating antics have raised the morale of the commandos (and also several Imperial Guard regiments). He also has the useful skill of devouring anything that the orks won't. Generally speaking, he lives on canned food (also known as Space Marines). 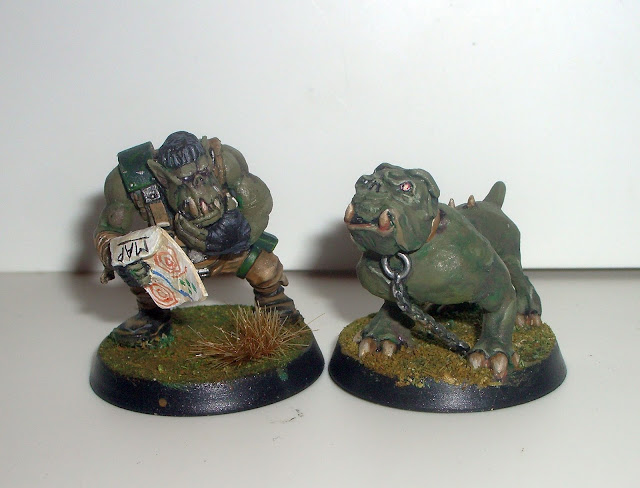 Not only it's a fabulous idea, but the sculpt is awesome! I don't think I could ever sculpt that face! Great work!!

I wasn’t sure what I was about to find when I saw the post title… but what I found was awesome! Great job on the sculpt and the paint job!

Thanks! I think bulldogs having lumpy faces with lots of folds helps a lot. I'd never be able to sculpt an elf (or his dog).