More Oddities from the Box of Unpainted Models

I've been rooting about in my huge box of unpainted miniatures - specifically, the huge box of stuff I bought discounted because it looked cool. Today, we've got a Privateer Press miniature - a character model for the Trollblood faction in Hordes, named Captain Gunnbjorn.

Normally, he'd be blue, but I decided to paint him the same greenish-pink colour as my ork commandos, as he looks as if he might be from a similar species, and he's got the same caricatured military style of clothing. I assembled him as usual, although I stuck the missile launcher at a slightly different angle, so that the model was a bit more "open", and left off an axe, because I'd lost it. 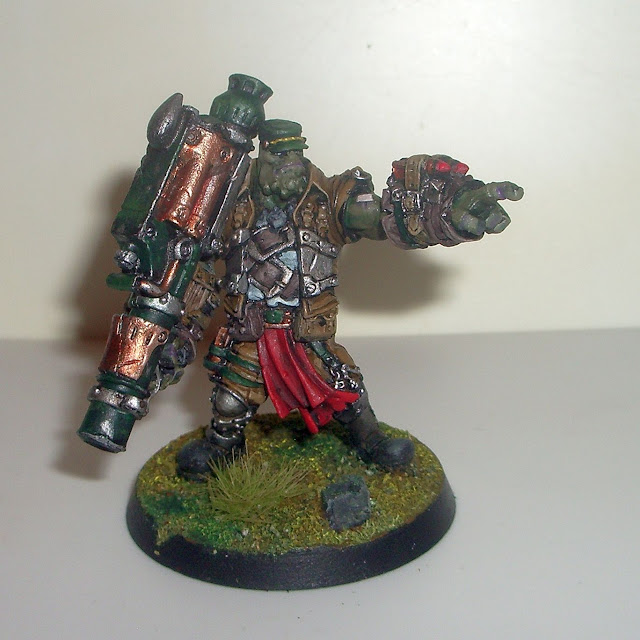 Here, out of interest, is a rear view. It's hard to see here but he's full of good details. 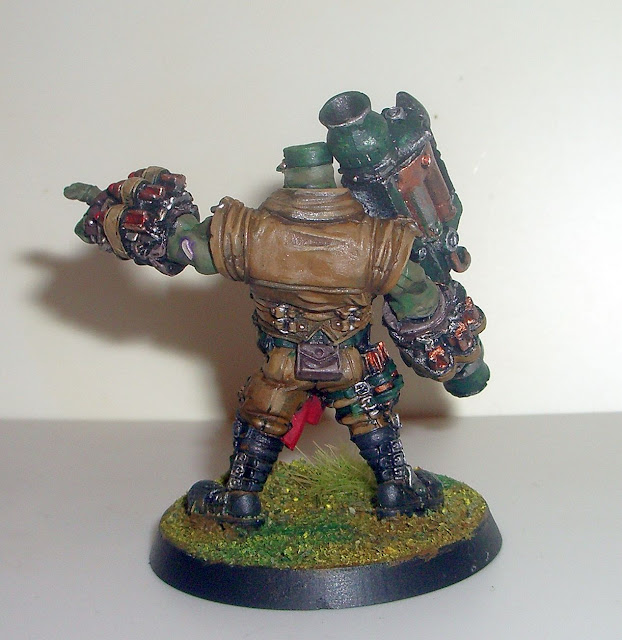 I also painted an old Necromunda wyrd model. He's a renegade psyker, but as he's a telekinetic (I think) he's very muscular. He'll fit with the Goliath cultists I've painted, probably as a champion. To be honest, I don't especially like the model, but he'll do fine. He was missing weapons when I got him, so I added a bolter and an axe from a fantasy Khorne model. 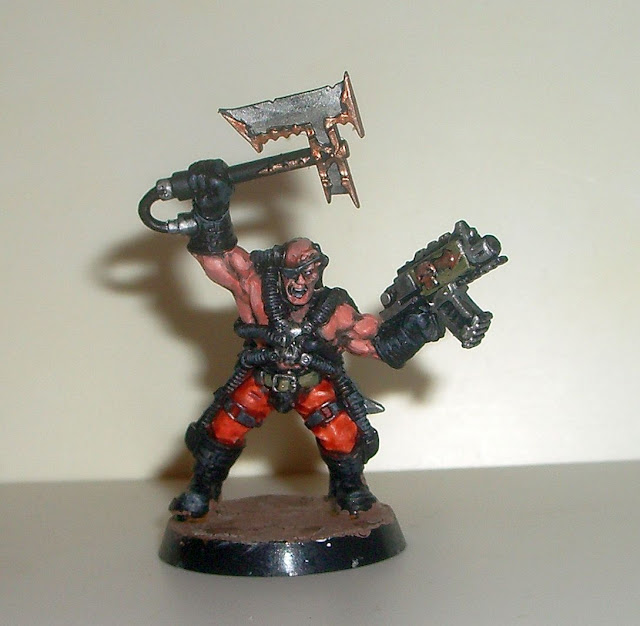 Lovely work on both of them. The telekinetic fits the Goliath theme very well I think!

Cheers - he's not my favourite model but I think he'll look fine with the others. If I ever need a mob of disposable cultists or thugs, I've got one now!