Two Samurai and a Chaos Champion

Just a quick post, really. In the huge box of unpainted models was a set of Warlord Games' Samurai Heroes. I've painted the first two: a "standard" looking chap charging into battle, and a big fat bloke who seems to have forgotten his shirt. 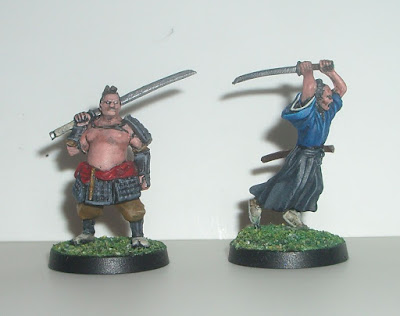 Also, I found an old chaos champion. He was missing a weapon and an arm, so I added a plastic axe and shield, and filled the gaps with green stuff. Here is a truly awful WIP shot. 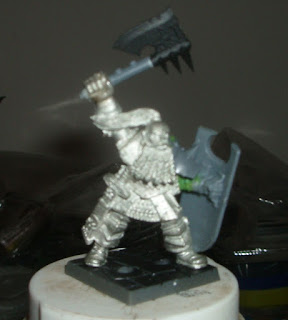 He's massive, even compared to other chaos models, and has that chunky crudeness that feels very "middlehammer" to me. That said, I like the model. I used less red on him than the other chaos models, in case he ended up as a generic mercenary warrior instead of a sworn minion of the chaos gods. 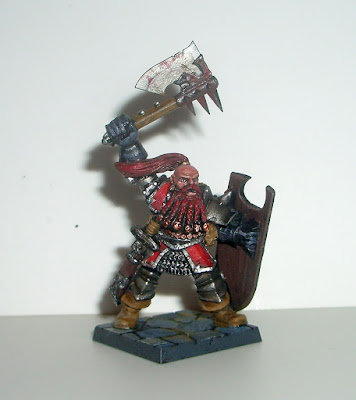 Overall, I like him, especially because he's one of the very few models where I've managed to get the eyes right.
Posted by Toby at 14:48

He's turned out suitably barbaric without being overtly chaosy.

I like the look of these samurai and you did a great save on the chaos champion. Splendid work on all of them!