At an event last year, I picked up an Imperial Guard sentinel. It was the old plastic-and-metal armoured variety, without poseable legs, and it was going for £5 because it didn't have any feet.

I cast some new feet out of green stuff, using some old metal titan feet. The end result was quite good, but getting the old legs to fit onto the new feet, and making sure that the join was solid, was really difficult. I ended up making some shields for the feet (and one knee) out of ogre kingdoms fist armour, which gave it much more solidity. I think they work alright, as they might be some sort of crude additional protection added by the crew, to guard against attacks on the lower joints in urban combat and kroot-hound pee when the sentinel is standing still.

Beyond that, the roof was made of plasticard bits and pieces, and the bolts on the roof (which you probably can't see) are dots of superglue. That's about it, I think. Oh - the manhole-type thing on the base came from a kit of basing bits. That really is it! 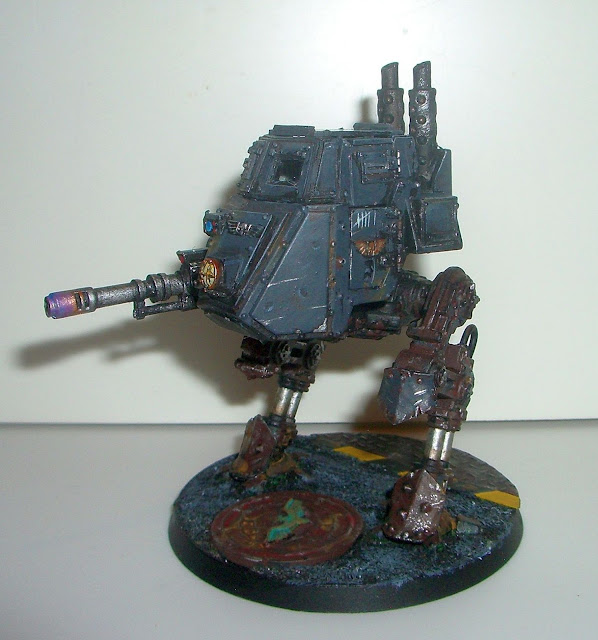 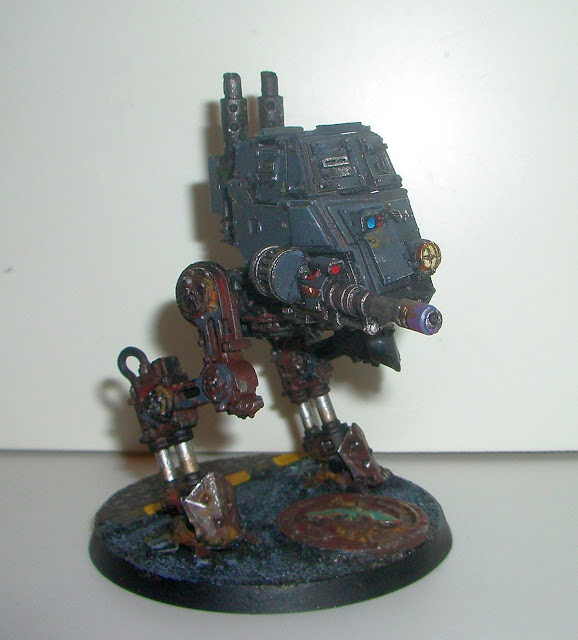 Thanks - it looks much better in reality, but I always say that!