Goblin Knights and Other Things

Every few years, I seem to feel the need to convert a hideous blob monster. This time around, I bought one of the large mutants from the Killteam: Rogue Trader box. It's a weird set, given that it's essentially an £80 add-on for an existing game - you need the original rules to be able to play it - and the models are much stranger than usual 40k models, as if they missed out the usual steps between John Blanche sketch and finished product. Anyway, the chap I got looked like this:

As with a lot of GW stuff, the model is perfectly well-sculpted, it's just that I don't like some of the concept. I removed the strange fly from his right shoulder and the dangly guts (I'm not big on dangly guts) and took off his rather normal head (normal except for the spike). I added various parts from the bits box and came up with this: 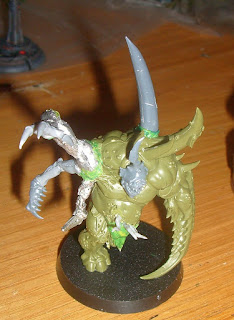 He got the standard Horrible Nurgle Skin treatment, which is worked up from a red undercoat for a sore, sickly appearance. I added purple glazes, to tone it all down a bit. 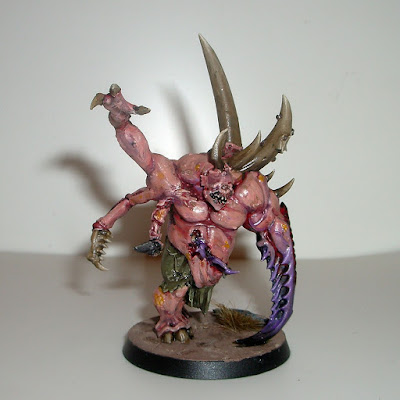 The blob-monster is probably either a chaos troll or a spawn of chaos, but it does look rather like something that would be tearing up anoraks and devouring beards in The Thing. So, I made him a little friend, in the tradition of the head-spider monster. They can be weird and pissed off together. 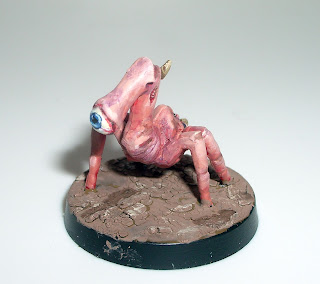 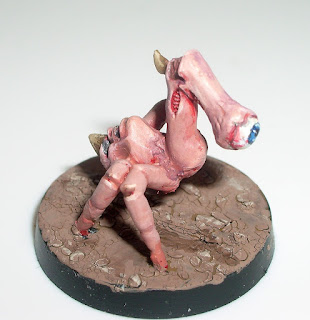 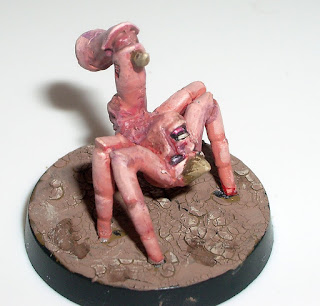 On a lighter note, I stumbled upon some models for sale from a game called Relics, which looks extremely odd and may actually be defunct. Along with Cthulhu-style monsters and puppets in Regency uniforms, there were some medieval goblins called "Ridend". I bought a few and found that they were really nice models. Shame the game seems to no longer exist. These two noble knights will be joining the goblin horde I seem to be building up. 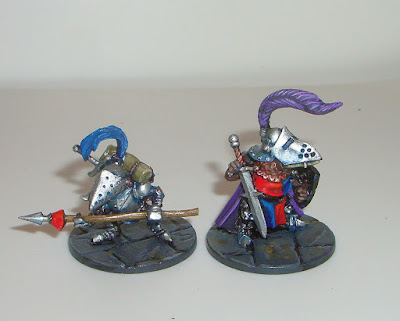 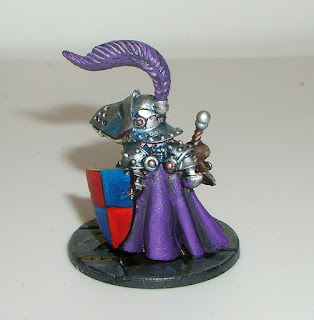 It's always slightly disappointing, especially with GW's models, that the quirkier and more entertaining a model is, the more likely it is to be complete rubbish in the game. The "hero" models are generally giants in plate armour with interchangeable scowling bald heads. The models with real charm tend to be the little guys, who die like flies. I always liked the idea of a horde of these things scurrying around some larger creature, squeaking and getting in one another's way like the goblins from Labyrinth.

Email ThisBlogThis!Share to TwitterShare to FacebookShare to Pinterest
Labels: Chaos, Goodness only knows, The Goblin Horde

I like what you've done with the giant monster thingy. The changes you made are great! I was looking at getting a couple of them, but I'm shit at painting big slabs of flesh so I decided not to. You make me want to get them again :D

Cheers, thanks. I like making big monsters, although all that flesh was difficult to paint. I think lots of thin coats is the answer but I don't really have enough patience! I miss the days when you could make a Chaos army out of whatever you had lying around in the bits box!