It's been another rather bitty week, as I've tried to get various small models finished and sort out various odds and ends. First up, we have another street light. I mounted this one on a Secret Weapon base. The base is great, but how you're supposed to fix a standard miniature to it, I've no idea. I de-skulled the lampost, but otherwise, it's as it came out of the box. 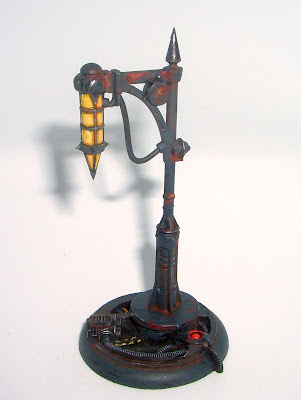 Next up, two more yokels for the ever-growing yokel horde. These guys are a notch up from the usual riff-raff, possessing between them two hats, one lantern and one firearm. They are, apparently, a watchman and a coachman. As with the others, the style of sculpting is dated, but they've got a lot of character. 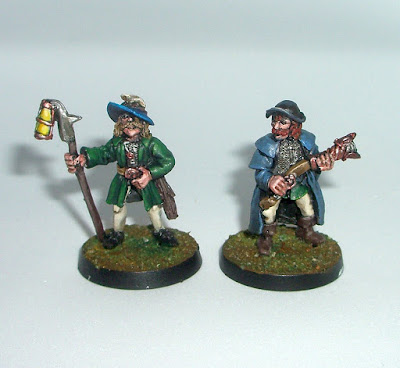 And on the subject of having a lot of character, I bought a discounted box of models from Raging Heroes, the French company that makes the Toughest Girls In The Galaxy range. A lot of their stuff isn't my cup of tea, but their sculpting is excellent. The models I got are - well, I'm not sure what they are. They're described as "little demons" from the Sisters of Eternal Mercy range (who are very much like the Sisters of Battle). They look like the sort of weird little beings seen in the background of Hieronymous Bosch paintings.

The only problem is that they are tiny. Being resin, they were hard to undercoat without losing the detail - and being miniscule, hard to paint full stop. Anyway, here are the first three of seven. I think I'll use them as Faith Point counters for the sisters. 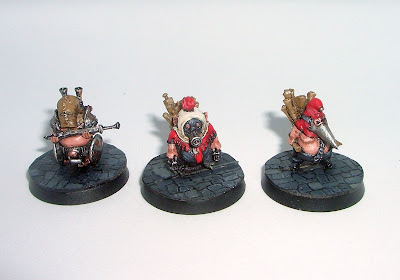