The Last of the Dirty Dozen

The foul treachery of the planetary governor, and his gleeful embrace of the Chaos powers, has resulted in some strange alliances among the citizens who have risen up to overthrow his tyranny. The mercenary unit known as the Glory Boyz has found itself betrayed and falsely accused. Now they fight as irregulars against the cultists and traitors in the Governor's army.

Finally, at very long last, I've managed to get the last of the ork commandos done. I've been building up the unit, one way or another, for over a year now. I've reached the magic number of 12 (well, 13 if you count the gretchin assistant) and that seems like a good idea to stop for now.

This chap is some sort of officer. Here he has stopped cutting throats for a moment to have a little think about where life will be taking him next. Somewhere flammable and full of violence, probably. His little friends has decided to pop out of his backpack and wave a stick of dynamite around. He's got a new resin head and a new left arm, but is otherwise unchanged. 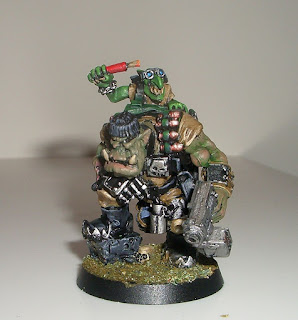 Here's a rear view, showing his collection of explosives and trophies. 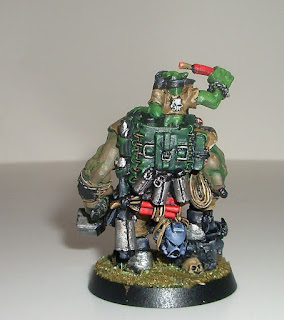 I love these models: they've got real character and are full of detail but not too difficult to paint. The caricatured WW2 commando look works really well for orks.

Here's the other final soldier. His legs were converted, and he got a new backpack. 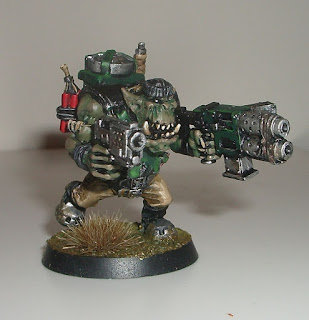 He clearly enjoys his work. The camera has decided that it won't take very good pictures of the commando unit (probably prohibited under the Orkficial Secrets Act), but here's a group photo anyway. 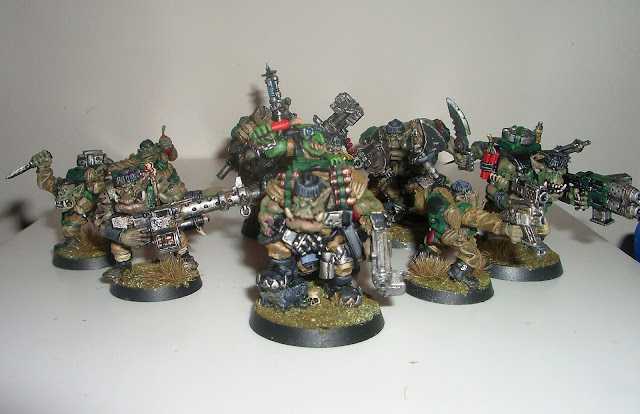