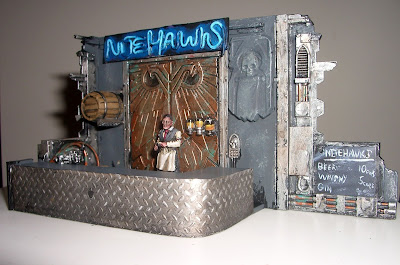 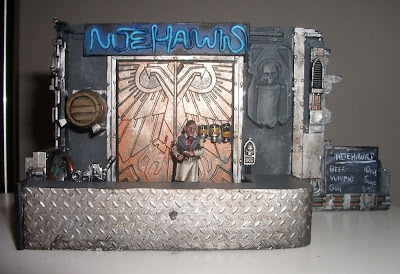 Next time: Unn-K'thar, hell-wyrm of the sundered crypt.
Posted by Toby at 14:36

Awesome work on the neon lights. I'm surprised you didn't make it say "live girls". As opposed to "dead girls".

The bar turned out great! I like the three upended whiskey bottles too. Well done!